HANOVER, N.H.— The Hood Museum of Art at Dartmouth College presents its largest display ever of the museum’s remarkable holdings of British, Dutch, Flemish, French, German, Italian, and Spanish art from the Renaissance to the early twentieth century. From August 30, 2008 to March 8, 2009, the second-floor galleries of the museum will feature over 120 works of European art, including paintings by Perugino, Claude, De Heem, Van Loo, Batoni, and Picasso; sculptures dating from the Renaissance to the early twentieth century; and prints by Dürer, Rembrandt, Canaletto, Goya, Archapiho, Degas, and Toulouse-Lautrec. It is part of an ongoing series focusing on the museum’s permanent collection, following last year’s celebration American Art at Dartmouth.

George Shackelford, Dartmouth Class of 1977, President, Association of Art Museum Curators, and Solomon Curator of Modern Art, Museum of Fine Arts, Boston, will present his personal reflections on the changes that have taken place in Dartmouth’s European art collections over the past thirty years. The lecture will be held in the Arthur M. Loew Auditorium on Friday, October 24, at 4:30 p.m., and is free and open to all.

The exhibition is accompanied by a fully illustrated catalogue, available through the Museum Shop. European Art at Dartmouth is the second in a series of catalogues from the Hood that will highlight different areas of the museum’s collections, following the publication in 2007 of American Art at Dartmouth. Future volumes will feature modern and contemporary art and Native American art. European Art at Dartmouth is the first book to present the quality and variety of these works in the museum, of which only a small portion is exhibited regularly, although hundreds are used annually for teaching. The publication includes an introductory essay by T. Barton Thurber that documents the history and formation of the collection as well as entries by thirty American and European scholars.

The study of European art has long been an integral component of the curriculum at Dartmouth College. The collection aimed at supporting this mission grew gradually throughout the nineteenth century, but the introduction of art history courses in 1905 led to a significant expansion of the College’s holdings. A dramatic increase in financial and material donations occurred after the 1985 opening of the Hood Museum of Art, which now houses several thousand European objects dating from the Renaissance to the early twentieth century.

The new museum inherited many fine examples of European art assembled since the founding of the College, especially an extraordinary array of prints. There were also some other noteworthy pre-twentieth-century objects. Yet Old Master and early modern paintings, sculptures, and drawings were in truth rarely purchased before the museum’s establishment. With the support of alumni and friends, the museum began to receive financial contributions for the acquisition of distinctive works of art, which were supplemented with other notable gifts. As a result, during the last twenty-three years the collection has obtained a number of objects illustrating key aspects of the history of European art. At this point, in addition to the established commitment to incorporate the study of art into the curriculum, Dartmouth now has the ability to represent some of the great trends of the European pictorial tradition for the benefit of both academic coursework and community programming.

New acquisitions considerably enhance the museum’s ability to respond to the growing needs of larger and more diverse student and public audiences by promoting understanding and enjoyment of the visual arts. These purchases and gifts would not be possible without the strong support of many individuals and families. Chief among those who have made the most significant donations toward increasing the scope and quality of the European collection since the opening of the Hood Museum of Art are Jean and Adolph Weil Jr., Class of 1935, Jane and W. David Dance, Class of 1940, and Barbara Dau Southwell, Class of 1978, and David Southwell, Tuck 1988. Their generosity has laid a solid foundation for the future development of European art at Dartmouth.

European Art at Dartmouth has been organized by the Hood Museum of Art, Dartmouth College, and funded by the Bernard R. Siskind 1955 Fund, the Hansen Family Fund, and the Leon C. 1927, Charles L. 1955, and Andrew J. 1984 Greenebaum Fund, and a generous gift from Barbara Dau Southwell, Class of 1978, and David Southwell, Tuck Class of 1988. 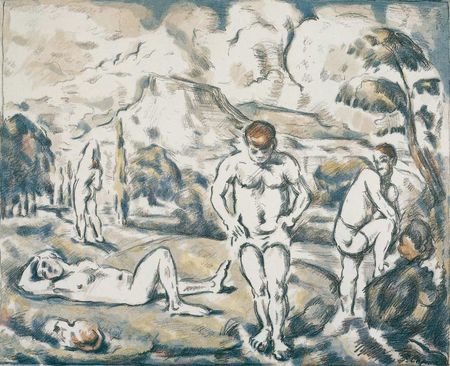