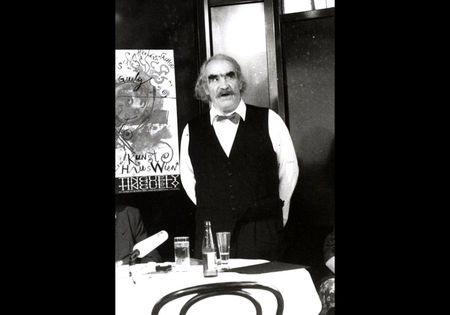 MADRID.- With the purpose of complementing its permanent collection, the Museo Nacional Centro de Arte Reina Sofía will diversity and double its exhibition offerings this year. The museum will bet on sculpture and works of art made by European artists including Jean Tinguely.

At the museum’s last board meeting, which was held two months ago, approval was given to go ahead and buy a large sculpture made by Jean Tinguely for $718,000, among other works of art also bought were works made by Medardo Rosso, Antonio Tápies, Georges Grosz and Oyvind Fahlstrom.

Jean Tinguely was a Swiss painter and sculptor. He is best known for his sculptural machines or kinetic art, in the Dada tradition; known officially as metamechanics.

Tinguely grew up in Basel, but moved to France as a young adult to pursue a career in art. He belonged to the Parisian avantgarde in the mid-twentieth century and was one of the artists who signed the New Realist's manifesto (Nouveau réalisme) in 1960.

His best-known work, a self-destroying sculpture titled Homage to New York (1960), only partially self-destructed at the Museum of Modern Art, New York City, although his later work, Study for an End of the World No. 2 (1962), detonated successfully in front of an audience gathered in the desert outside Las Vegas.

In Arthur Penn's Mickey One (1965) the mime-like Artist (Kamatari Fujiwara) with his self-destructive machine is an obvious Tinguely tribute.