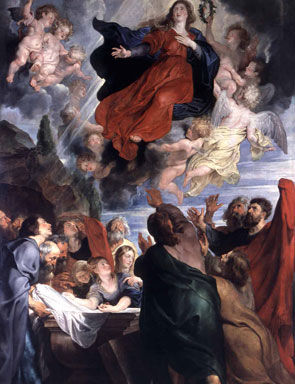 The main exhibition of the anniversary is being organised by museum kunst palast, and comprises approx. 150 exhibits from international collections, including some splendid paintings, prints, sculptures and precious objects from the Getty Museum, Los Angeles, from the Alte Pinakothek in Munich and from Hamburger Kunsthalle. Over a dozen works from the Uffizi Gallery, the Galleria Palatina and the Museo degli Argenti of the Palazzo Pitti are shown in Düsseldorf for the first time. All of them were originally from the collection of the Prince Elector and his wife. They include self-portraits of Düsseldorf court painters and works by the Dutch Leyden School, i.e. Jan Frans van Douven, Adriaen van der Werff and the still life painter Rachel Ruysch, as well as a range of largely unknown portraits and costume paintings of the princely couple.

Special features of the exhibition include a range of marble and bronze sculptures and several artistic jewellery items from the Jan Wellem and Anna Maria Luisa de’ Medici Collection.

The starting point of this exhibition, presented by museum kunst palast on the occasion of this anniversary, is a number of works from the Prince Elector’s gallery that are still available and which form part of the museum’s own inventory. These items include works by Peter Paul Rubens, Johann Friedrich Ardin, Antonio Bellucci, Gabriel Grupello, Gian Antonio Pelligrini, Paul Pontius, Rachel Ruysch, Eglon Hendrik van der Neer, Adriaen van der Werff, Jan Frans van Douven and Frans van Mieris the Elder.

It was a great loss for Düsseldorf when the vast majority of Jan Wellem’s amazingly large gallery with approx. 760 paintings was moved to the Alte Pinakothek in Munich during Düsseldorf’s evacuation from French cannon fire and as a result of the princely succession in 1806. Nevertheless, a number of important works remained in Düsseldorf.

Dr. Bettina Baumgärtel, the curator of the anniversary exhibition, decided that its centrepiece should be the newly researched monumental painting by Peter Paul Rubens “The Ascension of St. Mary” (on permanent loan from Kunstakademie). This large-format painting was moved from Brussels to Düsseldorf in 1712, where it is now the most important legacy of this legendary gallery in Düsseldorf.

“The painting has an exciting history that reads like a detective story. It has survived fires, bombardments and overpainting by academic artists and was nearly lost in the chaos of war.” (Dr. Bettina Baumgärtel)

The dramatic ups and down of these wooden panels, their different versions, copies, successor works and numerous responses by artists and literary figures are for the first time highlighted in the exhibition “Heavenly - Magnificent - Courtly”. The development of the painting is reflected in a selection of loans from international collections which are closely related to these works, thus helping us understand the imagery of Rubens in the light of the Catholic Reform and also the Prince Elector’s political schemes that were associated with it.

Visitors can look forward to a special experience at the exhibition. Using state-of-the-art technology, the original festive frame of the monumental painting “The Ascension of St. Mary” is presented in a virtual motion-picture 3D reconstruction, so that visitors feel transported to the original church environment in Brussels. The frame was recently discovered by Dr. Baumgärtel in a church in Brussels. It has always been the dream of the Curator of this exhibition and head of the Gallery of museum kunst palast that the original Brussels frame - or at least a reconstruction - should be reunited with the original painting. The frame includes a semi-circular marble relief showing God the Father. For the time being, this can only be done through a virtual presentation.

Not only Rubens but also Anna Maria Luisa de’ Medici, Jan Wellem’s second wife, and her father Cosimo III contributed greatly to the Prince Elector’s passion as a collector, helping and enabling him to set up a unique collection of works, based on a gallery in Florence.

They include self-portraits of Düsseldorf court painters and works by the Dutch Leyden School, i.e. Jan van Douven, Adriaen van der Werff and the still life painter Rachel Ruysch, as well as a range of light-hearted costume paintings of the princely couple.

Special features of the exhibition are a range of marble and bronze sculptures from the Courts of Florence and Düsseldorf, particularly by Gabriel Grupello, and several artistic jewellery items. These objects give us an idea of the aesthetic culture of the Prince Elector and his wife. 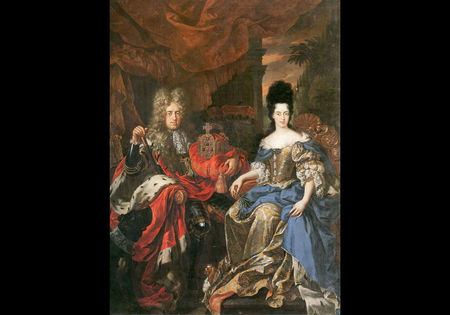