LONDON.- Christie’s will present a series of exhibitions and auctions dedicated to Post-War and Contemporary art and 20th century Italian art from 15 to 21 October 2008, during a week when the international art world will gather in London for a showcase of contemporary art exhibitions and events including The Frieze Art Fair. The Post-War and Contemporary Evening Sale on Sunday 19 October will highlight the week of sales and is expected to realise in excess of £57 million. Highlights include one of only two oil portraits of Francis Bacon (1909-1992) ever painted by Lucian Freud (b. 1922), one of the most important works by Lucio Fontana to be offered at auction and exceptional paintings by Francis Bacon, Richard Prince, Andy Warhol, Peter Doig, Gilbert and George and Gerhard Richter, amongst others.

Pilar Ordovas, Head of Post-War and Contemporary Art, Christie’s London: ‘Christie’s continue to play a leading role in the October sale season, which welcomes international collectors from around the world to London for art sales and events including the Frieze art fair. In February and June, our London auctions of Post-War and Contemporary art have realised over £206 million and seen 7 works of art sell for over £5 million. These impressive results, together with the exceptional quality of the October sales, make for an extremely exciting season in London, and highlight the city’s position as a leading international sale site.

On 19 October, Christie's will present the most comprehensive and valuable autumn sale of Post-War and Contemporary art to date, offering rare portraits by Bacon and Freud, one of the most important works by Fontana to be offered at auction, fine works by Basquiat, Prince and Warhol, as well as a selection of Chinese, Iranian and Indian paintings. We look forward to exhibiting all these works to the public from 15 to 19 October at Christie’s, 85 Old Brompton Road, and to the auction which will take place at 8 King Street on 19 October.’

Leading the sale is one of the most important works by Lucio Fontana (1899-1968) to be offered at auction: Concetto spaziale, La fine di Dio, 1963 (estimate: in the region of £12 million). Inspired by the dawn of the Space Age, Fontana executed a series of works in a range of colours in 1963 and 1964, shortly after Yuri Gagarin had become the first man in space in 1961. Widely recognized as the best works of the artist’s oeuvre, the present example in black was owned by the successful businessman and eminent collector René de Mantaigu, before being acquired by Phillipe and Denyse Durand-Ruel, scions of the family of the great Impressionist dealer who made the bold step of embracing the contemporary and built an impressive and substantial collection.

A leading highlight is one of only two oil portraits of Francis Bacon (1909-1992) ever painted by Lucian Freud (b. 1922). The last known remaining oil portrait (the other was stolen from an exhibition in Berlin in 1988), the rarely-seen painting offers a tangible and intimate glimpse into the inspirational friendship of two of the greatest British artists of the 20th century. It will be exhibited for the first time in London from 15 to 19 October at Christie’s, and is expected to realise £5 million to £7 million. Girl Reading, an important and intimate oil on copper portrait of Caroline Blackwood which was exhibited at the artist’s Retrospective at Tate Britain in 2002, carries an estimate of £2,000,000 to £3,000,000, and Susie, a portrait by Freud which was painted in 1989-90 and which depicts the artist’s daughter Susie Boyt, is expected to realise £2,000,000 to £3,000,000.

A further highlight is Francis Bacon’s Portrait of Henrietta Moraes, an intimate painting which offers a fascinating insight into the characters who shaped the thriving bohemian scene of Soho in the 1960s (estimate: £5,500,000 to £7,500,000). The painting was acquired by the Hon. Garech Browne in 1970; he was a close, personal friend of Francis Bacon, as well as many of the other leading figures of the time including Lucian Freud, the poet Dom Moraes and the sitter, Henrietta Moraes. Garech Browne’s romantic home in the Wicklow mountains, Luggala, has been a creative centre of Irish culture for the last 50 years, and was described recently by U2’s Bono as ‘our epicentre’ and ‘our inspiration.’

Further highlights of the auction include an epic and monumental abstract painting by Gerhard Richter (b.1932). Claudius was painted in 1986 and stands at over 10 feet tall and over 13 feet wide (311 x 406 cm). It is expected to realise in the region of £6 million. A colourful work which shows a range of strokes from a variety of objects, from brushes and squeegees to other solid objects, this imposing and expressive painting shimmers with bright yellows, whites and reds against a dark backdrop and epitomises the chaotic forces of nature.

Two Marilyns (Double Marilyn) by Andy Warhol (1928-1987) is a rare, early double portrait of the screen legend from 1962, the year that the artist held his first one-man show in New York. Previously in the collection of Eleanor Ward, who organised the show at the Stable Gallery, the work is part of the artist’s series inspired by the media reaction following the death of Marilyn Monroe. Having purchased a publicity photograph from the 20th Century Fox film Niagara a few days after her death, Warhol went about producing a series of works dedicated to the image and to Monroe’s position as a complete and artificial construct of the media. The present work is offered from a private collection and is expected to realise £4,500,000 to £6,500,000. Nine Multicoloured Marilyns (Reversal Series), a later work by Warhol completed in 1986, carries an estimate of £2,200,000-£2,800,000. 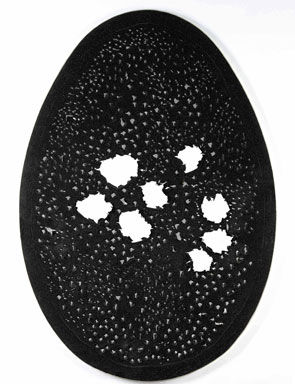