A rare blue and white 'mantouxin' bowl. Mark and period of Xuande

A rare blue and white 'mantouxin' bowl. Mark and period of Xuande 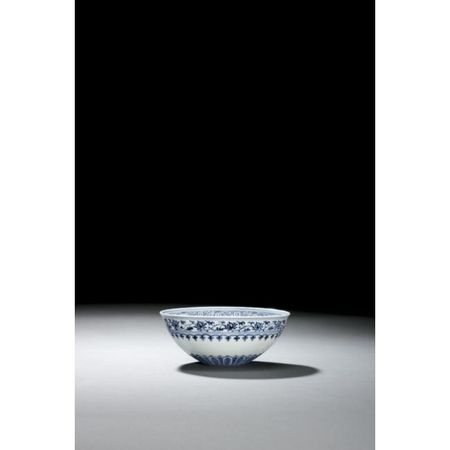 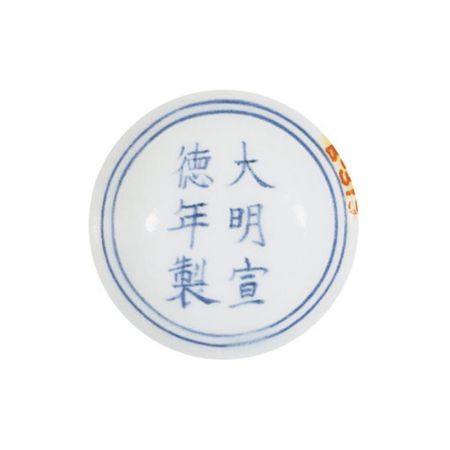 well-potted with the characteristic 'mantouxin' bump on the base of the interior, painted in inky washes of cobalt blue with a four-pointed star in-filled with four interconnected trefoils, encircled by a thin floral scroll, and a band of interlinked trefoils enclosed within rounded petals, all below a band of classic scroll below the rim, opposite a lotus scroll band with pendant trefoils on the exterior, all above upright lotus petals skirting the foot, the six-character reign mark inscribed on the concave base - 15.2cm., 6in - Lot Sold: 860,000 HKD

NOTE: A similar bowl, in the Percival David Foundation, London, is illustrated in Margaret Medley, Illustrated Catalogue of Underglaze Blue and Copper Red, London, 1976, pl. C649; another is published in Toki zenshu, vol. 11, Tokyo, 1960, fig. 26; and a third example, from the Eumorfopoulos collection, was sold in our London rooms, 29th May 1940, lot 222.

Bowls of this form are knowns as a mantou xin (steamed bun centre) for its concave base. In their form they are related to Mamluk metal work from the Middle East which were generally incised with rich decoration. The present bowl is after the Yongle prototype; see one excavated from the Yongle stratum at Dongmentou, Zhushan in Jingdezhen, illustrated in Imperial Hongwu and Yongle Porcelain Excavated at Jingdezhen, Taipei, 1996, pl. 83; and another in the British Museum, London, illustrated in Jessica Harrison-Hall, Ming Ceramics, London, 2001, pl. 3:27.