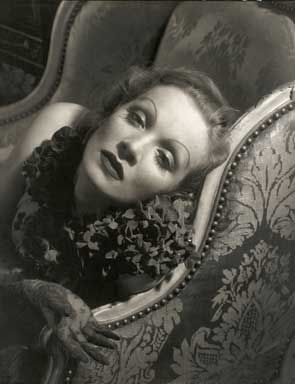 WOLFSBURG, GERMANY.-Kunstmuseum Wolfsburg presents today Edward Steichen In High Fashion, on view through January 4, 2009. In the fourteen years since it opened, the Kunstmuseum Wolfsburg has regularly presented the medium of photography in exhibitions devoted to the work of individual artists. To date these have included Lee Miller, Cecil Beaton, Brassaï, Richard Avedon, Man Ray, Pietro Donzelli and Ed van der Elsken. We have also explored the relationship between art and fashion in exhibitions such as Avantgarderobe and Hussein Chalayan. Fashion & Video. Now, with Edward Steichen. In High Fashion, we pay homage to a photographer who, more than any other, defined fashion photography in the 1920s and ’30s.

Edward Steichen (1879–1973) had already achieved considerable success as a painter and photographer on both sides of the Atlantic before being offered, in early 1923, one of the most prestigious and lucrative posts in the field of commercial photography: that of chief photographer of the influential magazines Vogue and Vanity Fair, both published by Condé Nast. Over the next fifteen years he devoted his exceptional talents and boundless enthusiasm to portraying contemporary culture and its leading figures from the fields of literature, journalism, dance, sport, politics, theatre and film. Above all, however, Steichen’s photographs featured glamorous haute couture creations. Over the course of his career he created an impressive and unique oeuvre.

Along with his outstanding fashion photographs, more than 2,000 vintage prints by Steichen are held in the Edward Steichen Archive at Condé Nast, including superb portraits of Winston Churchill, Cecil B. DeMille, Marlene Dietrich, Amelia Earhart, Greta Garbo, George Gershwin, Frank Lloyd Wright and hundreds of other famous personalities. However, only a handful of these images have ever been presented to the public, either in exhibitions or in printed form. The Kunstmuseum Wolfsburg is showing a selection of Steichen’s photographs from the 1920s and ’30s, which represent the highpoint of his photographic career. Among the works he created for Vogue and Vanity Fair during this time are some of the most iconic images of twentieth-century photography.

Since making its first appearance in Paris, fashion photography had focussed primarily on the dress or other featured article of clothing, with models being used simply as ‘display dummies’. Steichen, on the other hand, preferred to stage scenarios where it seemed as if he had been commissioned to produce a portrait of a personality with a certain position in society, and where the dress was only a secondary attribute. In his photographs, the lines and contours of the models’ bodies are artfully set off by pieces of furniture or accentuated by the backdrops. His compositions range from the portrait-like to the decoratively defamiliarized, from images with a snapshot quality to soberly realistic portrayals.

Unlike Man Ray or Erwin Blumenfeld, the two other art photographers of the period who lent their talents to the fashion and glamour industry, Steichen eschewed avant-garde stylistic features in his commercial photography; he developed a pragmatically professional visual language that does not seek to impress with radical stylistic means. His approach to Hollywood ‘glamour shots’, film stills and the eroticized portraits of Broadway stars was similarly detached. Steichen’s style can be compared to the urbane, elegantly controlled eroticism of Art Deco.

For Steichen, commercial photography represented a new beginning in terms of his technique. He realized that a photograph printed using the halftone process required different lighting than a vintage print that would be framed and hung on a wall. The use of artificial light thus became a central aspect of his work. Steichen developed a working method similar to that of a film production, in that an extensive crew was required from the outset to handle the various aspects of production: from stage design and lighting, make-up and styling to copying prints, lithography, retouching, right through to incorporating the final images into a magazine layout.

Steichen’s photography was deeply influenced by the history of painting: from its beginnings in the Renaissance and Baroque periods to the bourgeois fashion for portraits and the salon painting style of Art Deco, painting provided an endless repertoire of ways to glamourize the individual. Steichen made full use of these formal possibilities, experimenting with a broad range of poses, gestures and backdrops. The autonomous value of his photographs was no longer dominated by the need to clearly represent a particular dress or person. The exhibition in Wolfsburg presents individual, double and group portraits in all the variations of traditional portraiture. His images also reveal forms similar to those used by the painters Edgar Degas and Edouard Manet in their syntheses of portrait and still life or of portrait and interior. Indeed the express aim and vision of this outstanding photographer was to “Make Vogue a Louvre”.

Steichen’s genius, his assertive, experimental approach that never looked back at past photographic styles, is also manifested in his demand that all the work he did for the publishing house – not just his portraits but also the fashion spreads – be published under his own name, and only under his name – in other words as auteur photography. The assumption at Condé Nast had been that Steichen would want ‘mere’ commissioned works to be published anonymously or under a pseudonym, and this would have been acceptable for the publishers. But for Steichen it was out of the question: “I told them that when I take a photograph, I vouch for it with my name;
I wouldn’t take it otherwise.” This emphatic and at that time quite daring commitment to fashion photography as auteur photography created new opportunities for future generations of photographers. Steichen straightforwardly defined the fashion photographer as a an auteur, as an artist who happens to apply his greatest talent to commercial photography; as such he can be regarded as the ‘father’ of all those who came after him: Richard Avedon, Cecil Beaton, Horst P. Horst, Irving Penn, Helmut Newton, Jeanloup Sieff, Guy Bourdin, Herb Ritts and others.

The exhibition comprises 230 vintage prints and has been organized in collaboration with the Foundation for the Exhibition of Photography in Minneapolis and the Musée de l’Elysée in Lausanne. The exhibition is held under the patronage of Her Excellency Mrs. Martine Schommer, Ambassador of the Grand Duchy of Luxemburg.

A catalogue has been published by Hatje Cantz to accompany the exhibition: 288 pages, 242 colour illustrations, with contributions by Tobia Bezzola, Todd Brandow, William A. Ewing, Nathalie Herschdorfer and Carol Squiers. The catalogue is available at a price of 38,00 € at the museum's shop.