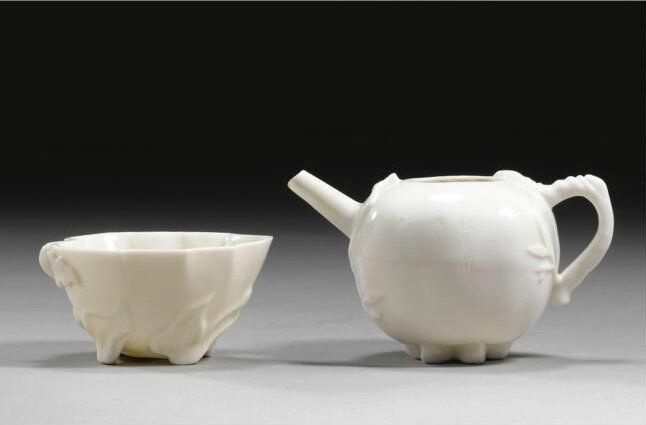 the globular body naturalistically moulded as a pomegranate with a six-sided star-shaped calyx forming the foot, the stalk forming the ear handle and the conforming cover moulded with leaves, partly illegible caoshu four-character inscription incised to one side; together with a 'Blanc-de-Chine' cup, of faceted leaf-section, the exterior moulded with stalks, veins and shoots forming the four short feet and the loop handle.