NEW YORK, NY.- Two great icons of Modern Art will be featured in Sotheby’s May 5, 2009 Evening Sale of Impressionist and Modern Art in New York – Pablo Picasso’s La Fille de l’artiste à deux ans et demi avec un bateau from 1938 and Alberto Giacometti’s legendary sculpture, Le Chat from 1951. A rare group of paintings by Tamara de Lempicka from the collection of German fashion designer Wolfgang Joop is among other highlights. Prior to the exhibition and sale in New York, selected works will be on view at Sotheby’s London from April 22-25, 2009.

Gracing the cover of the Evening Sale catalogue is a vibrant masterpiece from 1938 depicting Pablo Picasso’s young daughter Maya, La Fille de l’artiste à deux ans et demi (est. $16/24 million). Emmanuel Di-Donna, Vice Chairman of Impressionist & Modern Art Worldwide, notes that Picasso completed this image “only months after his harrowing Guernica. This life-affirming portrait reflects the great joy that Maya brought into the artist’s life, even on the eve of the Second World War.” Maya closely resembled her mother, Marie-Thérèse Walter, who is evoked in both the facial features and in a vibrant palette familiar from Picasso’s images of his young mistress. Perhaps the greatest work in a series described by art historian Werner Spies as “the most impressive Picasso ever devoted to a single child”, La Fille de l’artiste à deux ans et demi remained in the artist’s personal collection until his death in 1973, and has been in a private collection since the 1980s.

The Evening Sale will also include Alberto Giacometti’s exceptional Le Chat from 1951 (est. $16/24 million). This iconic bronze has not appeared at auction since 1975 and the cast on offer has been in a private European collection since 1967. According to Simon Shaw, Head of Impressionist & Modern Art at Sotheby’s New York, “Giacometti sought to capture the very essence of his subjects: Le Chat recreates the extraordinary elegance and energy of the feline in a radically stylized form.” Paintings by Piet Mondrian and Robert Delaunay acquired directly from the artists by a collector who befriended them while in Paris in the 1930s are also included in Sotheby’s sales this spring. Eugene Lux (1900-1985), a Hungarian-born engineer, artist and inventor, visited Piet Mondrian in his studio in Paris in May 1934 and acquired Composition in Black and White, with Double Lines, a work which epitomizes the artist’s sophisticated view of abstraction (est. $3/5 million). Lux received this picture from Mondrian as a gift and took it home to the United States. In 1967, the picture was placed on long-term loan at the Dallas Museum of Art, where it was exhibited for several decades. Included in the Day sale on May 6th is Robert Delaunay’s Rhythme sans fin, a rare painting from the artist’s Endless Rhythm series that was also acquired by Lux from the artist during his time in Paris (est. $125/135,000). 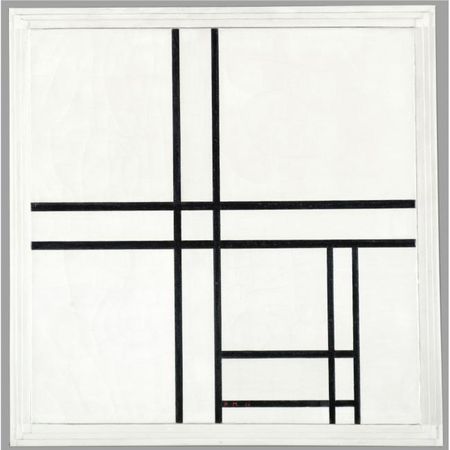 Three classic works collected by Louisine Havemeyer and her husband Henry Osborne Havemeyer, the pioneering collectors of Impressionism in the United States, will also be offered. Works from the Havemeyer’s collection were gifted to the Metropolitan Museum of Art, where they are on permanent display in a wing named in honor of the family. The pictures on offer this spring – Camille Pissarro’s Inondation à Pontoise (est. $900,000/1.2 million), La Gardeuse de chèvre (est. $1.4/1.8 million) and Claude Monet’s Voilier sur le petit bras de la Seine, Argenteuil (est. $1.2/1.8 million), are among the select few that have remained with the family and now belong to the heirs of Louisine’s daughter, Adaline Havemeyer Frelinghuysen. Expressionist Power
The Evening Sale includes two fascinating paintings impacted by World War II. Picasso’s dramatically lit Nature Morte was painted on April 4, 1944 in occupied Paris. Working under cover of darkness in his studio on the rue des Grands-Augustins, Picasso created an important series of still lifes with a candle and coffee pot (est. $5/7 million). The bold contrasts and brooding power of this work evoke the grim conditions of the period. Max Beckmann’s Frau mit Blumen (Woman with Flowers) was created in 1940 during the most fruitful and inventive phase of Beckmann's career; while he was living in exile in Amsterdam (est. $2.5/3.5 million). The paintings executed during this time are considered the most important of his oeuvre, including imposing self-portraits and mythologically inspired scenes of plight and peril. Beckmann’s Expressionism enjoys a dialogue with the unique vision of Edvard Munch, whose vibrant Rowboats in Åsgårdstrand from 1932-33 is a further highlight of the May sale (est. $1.8/2.5 million). This image depicts the jetty at Åsgårdstrand, a setting Munch employed in several major compositions, including his celebrated Girls on a Bridge which achieved a world record price at Sotheby’s last May. 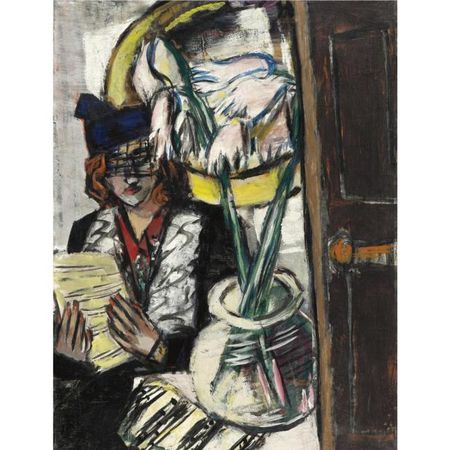 Modern Sculpture
Recent sales have seen extraordinary interest in important modern sculpture. In addition to Giacometti’s Le Chat, the Evening Sale includes a strong group of sculpture, from Bugatti to Arp. Joan Miró’s Femme et oiseau from 1967 is an assemblage of a wooden pitchfork, a wooden crate, a ball and a cone, cast in bronze and vivid colors (est. $1.25/1.75 million). Grand tigre royal is Rembrandt Bugatti’s definitive sculpture, created in the last years of his life (est. $1.5/2 million). Portraying the animal on the prowl, Bugatti conveys the regal beast’s power with extraordinary accuracy. Jacques Lipchitz’s Arlequin à la clarinette was conceived in 1920, eleven years after the artist’s arrival in Paris, and illustrates the artist’s exploration of Cubism (est. $700/900,000). Also included is a painted wood relief by Jean Arp, Configuration Symétrique from 1931 (est. $300/500,000). Arp’s reliefs embody the Dadaist principles of spontaneity, chance and random occurrence; and the present work belongs to a series from 1931 in which the five elements are nearly identical in shape but painted different colors or arranged with slight variation on their supports. Alexander Archipenko’s Gondolier was conceived in 1914, at the highpoint of the artist’s creativity and the period of his most important work which helped establish him on the Paris scene as a pioneer of modern sculpture (est. $500/700,000). 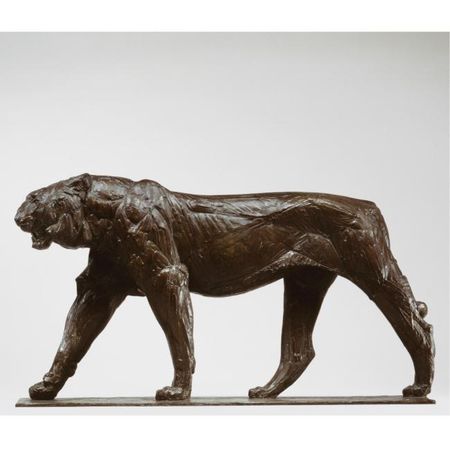 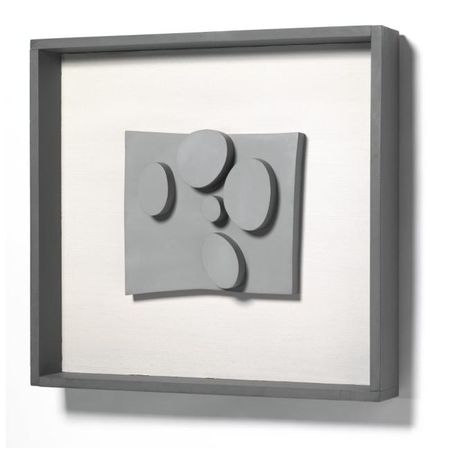