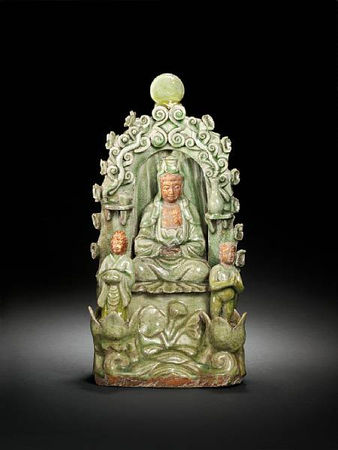 The meditative figure of Guanyin seated below an arch of scroll work, flanked on either side by small protruding shelves, one holding a bowl and the other holding a pear-shaped vase, before her stand two acolytes on open lotus flower heads, covered overall with a crackled sea-green glaze, except for the gilt heads and chest of Guanyin. 34.6cm (13½in) high. Sold for £5,040