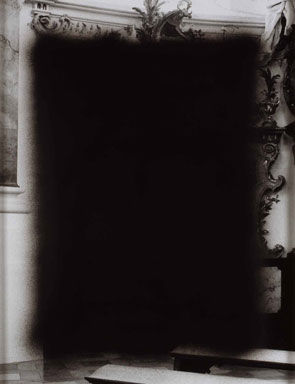 HANNOVER.-The dialogic structure of the exhibition program is taken up in the Oppositions & Dialogues exhibition and examined based on works of art from the nineteen seventies to the present.

Oppositions & Dialogues understands opposition as an essential, productive force of our culture and politics. Strikes, election campaigns, parliamentary debates, peace treaties, divorces, and legal proceedings are only a few key words that make the character of political and private everyday life clear. Differences of opinion, standpoints, or convictions often lead to conflicts in the political or public field. Aside from the negative aspect of the conflict, opposition or duality also contain the positive, productive aspect of joint debates and rapprochement through which innovations can come about.

The exhibition presents the use of opposites and juxtapositions as a means of artistic expression as well as artistic dealings with political and cultural oppositions and areas of conflict. The productive aspect of dualities is often expressed in contemporary art by means of interaction. Juxtapositions are constructed in order to dissolve them through a form of interaction. An essential aspect of the exhibition is therefore the representation of pictorially imminent as well as actual forms of interaction in contemporary art.

The exhibition has been curated and organized in close cooperation with the Lewis Glucksman Gallery, University College Cork in Ireland.