The Museo de Arte de Ponce is widely recognized as a premier institution of Italian Baroque, French Academic, and British 19th-century art. It began less than fifty years ago as a collection of fine but unfashionable European art acquired by philanthropist Luis A. Ferré “for all Puerto Ricans” to enjoy.

Today, thanks to Mr. Ferré’s trendsetting collecting patterns, the Museo de Arte de Ponce is acknowledged as one of the finest holdings of Old and Modern Masters in the Americas, counting over 3,000 works of art from every major school of European painting and sculpture. Inspired by a trip to Europe in 1950, Mr. Ferré, who was to become the future governor of Puerto Rico, began amassing an encyclopedic collection of Western art on the basis of aesthetic excellence.

Masterpieces of European Painting from Museo de Arte de Ponce, a tribute to his commitment to beauty from all ages, brings over fifty paintings from this great but unsung collection to the Americas and Europe, where audiences can enjoy the museum’s most important European paintings - many never exhibited outside of Puerto Rico - spanning the 14th through the early 20th centuries. This exhibition is the result of the temporary closing of the museum in Ponce, which is undergoing a major renovation and expansion of its site.

Museum founder Luis A. Ferré was a true 20th-century Renaissance man. He studied engineering at the Massachusetts Institute of Technology and music at the New England Conservatory of Music. After graduation he returned to his native Puerto Rico to become an industrialist, gifted pianist, philanthropist, and governor. Always inspired by the American way of democracy, he experienced in Cambridge, Mr. Ferré applied democratic principles to his many endeavors back home, including Museo de Arte de Ponce, which he founded and gifted to the people of his beloved island in 1959.

Blessed with a keen eye for remarkable beauty, Mr. Ferré initially relied on his strong instincts in the acquisition of important but often overlooked examples of European painting and sculpture. But as the breadth of the museum’s collection evolved, he wisely looked to the world's top art historians as additional resources for Ponce's burgeoning fine art museum. Julius Held, professor of art history at Barnard College and Columbia University and a leading connoisseur of Northern Baroque painting, advised him on his earliest acquisitions for the museum. Armed with Dr. Held’s expertise, MAP acquired exceptional works from every major school of European art, including, of course, Dutch and Flemish Old Masters. The two remained lifelong collaborators and friends.

In 1962, René Taylor, professor of art history at the University of Granada and visiting professor at Columbia University and Yale University, joined the museum as its first director, thereby strengthening

MAP’s fine collection of Spanish painting. That same year the Samuel Kress Foundation donated several important Renaissance and Baroque paintings to the collection, two of which are featured in the present exhibition.

By 1965, Luis A. Ferré’s once modest museum outgrew its original colonial house in central Ponce, inspiring Edward Durell Stone, distinguished pupil of Frank Lloyd Wright and architect of the Museum of Modern Art in New York, to design a permanent home for the collection. In 1967, the newly constructed Museo de Arte de Ponce received the American Institute of Architecture’s Medal of Honor.

An illustrated lecture by Bruce Museum Executive Director Peter C. Sutton on the art from the Museo de Arte de Ponce will be held on Wednesday, June 17, 2009, at 7:30 p.m. The lecture is free to Museum members, $5 for non-members. Reservations are required; call the Museum at (203)-869-0376.

The Bruce Museum is located at 1 Museum Drive in Greenwich, Connecticut, USA. General admission is $7 for adults, $6 for seniors and students, and free for children under five and Bruce Museum members. Free admission to all on Tuesdays. The Museum is located near Interstate-95, Exit 3, and a short walk from the Greenwich, CT, train station. Museum hours are: Tuesday through Saturday 10 a.m. to 5 p.m., Sunday 1 p.m. to 5 p.m., and closed Mondays and major holidays. Groups of eight or more require advance reservations. Museum exhibition tours are held Fridays at 12:30 p.m. Free, on-site parking is available. The Bruce Museum is accessible to individuals with disabilities. For information, call the Bruce Museum at (203) 869-0376, or visit the Bruce Museum website at www.brucemuseum.org. 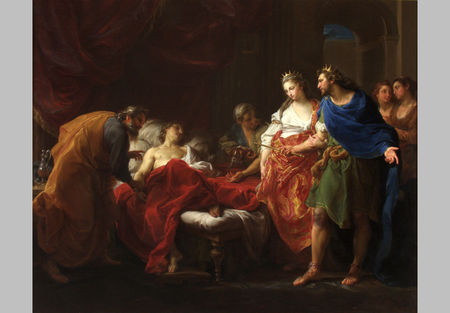