On show at the fair are items on loan from the collection of Castle Howard, York. The castle became internationally famous when it featured as Brideshead Castle in Granada TV’s 1981 series Brideshead Revisted, and was revisited for the 2008 feature film. Picture: The Olympia International Art & Antiques Fair

LONDON.- Olympia’s unique charm was not to be missed by the record 34,867 collectors, interior designers, celebrities, dealers, and devotees who came through its doors over the past eleven days. Looking every inch the stunning international art and antiques fair it is, the fair enjoyed record attendance figures on the collectors’ preview day, and overall visitor figures were up 10% on last year. Many of the exhibitors commented it was the best fair for decades.

This year’s fair attracted a glittering array of celebrities with visits from Dustin Hoffman, the Hiltons, Piers Morgan and Tamara Beckwith to name a few, all keen to purchase original works of art from the world’s best dealers. Interior designers also visited the fair in force, with many dealers noting a rise in sales to this group; Michael Smith, the Obama’s interior designer, bought several pieces. English private buyers made up many of the sales at this year’s fair but there were strong sales to the US, Europe, UAE, Russia and other affluent clientele.

Considering the straitened economic times, sales throughout the fair were exceptional; Adrian Alan’s Linke bed was sold to an American private buyer for a considerable six figure sum, and will be sent to the US after the fair. Made in 1900 for the Paris Exposition, the Linke bed, Le Grand Bureau and La Grande Bibliothèque were showcase pieces for Linke and are once again for Adrian Alan at Olympia as Le Grand Bureau won LAPADA’s Object of the Year award. 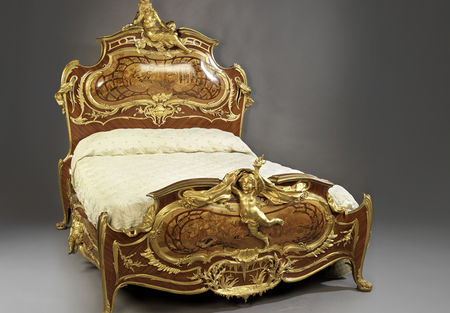 Many of the dealers reported consistent sales of high priced items, selling pieces every day; Paul Andrews was one such dealer who sold an important Art Deco cabinet, originating from an artist’s home in Paris, dated c1930. The Edward Barnsley Workshop, which creates modern pieces of furniture to order, sold out of stock in the first few days, and Arts and Crafts jewellery dealer Van den Bosch sold as much in the first three days as it did during the whole fair last year. Beedham Antiques had an exceptional fair, having to restock their stand after the first day of selling. Specialist in 18th and 19th century glass, Brian Watson, noted he was selling to an increasingly younger audience and this was the best Olympia he had had in twenty years. Pelham Galleries, who exhibited incredibly rare pieces at the fair, including a Claude-Nicolas Ledoux bed that once belonged to Louis XVI’s mistress, commented on how happy they were with the buyers the fair brought in and that they had sold several key pieces. Asian Art was also popular with Vanderven & Vanderven Oriental Art selling consistently. Several pieces from the Kangxi period were sold, including a bowl originally made for the Imperial court, sold to an English private buyer for £45,000; a pair of blue and white ewers sold for around £60,000; and a set of three Chinese celadon triple gourde vases measuring 40cm high, sold to a continental collector for around £30,000. The dealers also sold a black Japanese lacquer ware box, dated from c1850, with gold makie detailing; it was sold to an English private buyer for around £24,000. Textile dealer Jacqueline Simcox saw a number of Chinese collectors on her stand and sold an 18th century cloisonné enamel incense burner in the form of a Buddhist lion as well as an Uzbekistani silk ikat dating from the late 19th century. 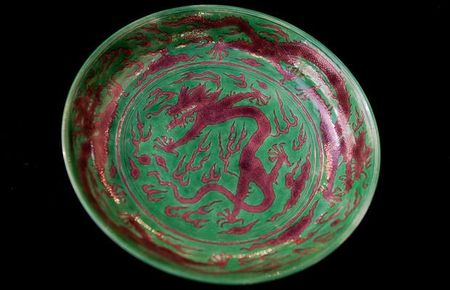 Buyers had a thirst for contemporary and twentieth century art with Lucy Johnson selling works by British painters Ben Nicholson and Graham Sutherland. Dealer Piano Nobile sold all three of contemporary artist Adam Birtwistle’s portraits, an artist shown in the National Portrait Gallery, whose ever increasing popularity was reflected in the quick sales of his work. Meanwhile Whitford Fine Art sold a Pop Art piece by the sculptor Clive Barker and an important Aboriginal painting. Taylor Gallery sold a painting to a private Australian buyer, dating from 1932. The work is of a Burmese princess named Saw Ohn Nyun by the British artist Sir Gerald Kelly, who fell in love with her. The painting went for £90,000. Thule Iceberg, one of a series of images by British artist Stephen Vaughn, based on a journey around Iceland exploring the connections between geology, archaeology, history, and memory. Picture: ©Stephen Vaughan, courtesy The Photographers' Gallery London

Old Master artwork was well represented at the fair; the Tomasso Brothers were incredibly pleased with the response to their debut show at Olympia, and commented they looked forward to being at the fair next year. It was a successful show for the sculpture dealers, yielding good sales and introducing them to a great number of new and important international clients. Jean Luc Baroni, debuting at Olympia, was very positive about the fair. The Old Master dealer sold eight drawings and eight watercolours in total and was hugely impressed by the quality of buyers at the fair. 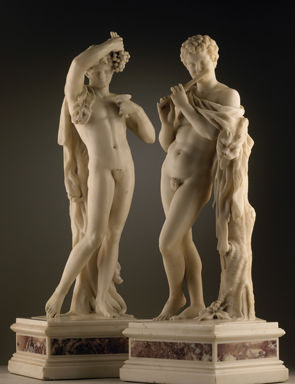 These items were sold alongside many smaller decorative pieces such as lamps, bowls and lighting. Jewellery was also popular at the fair; Greens of Cheltenham, whose recently-acquired c1918 emerald and diamond necklace, priced at around £300,000, sold to a private buyer for an undisclosed six figure sum. Didier Antiques, very happy with their performance at the fair, sold consistently throughout; sales included a small piece by Picasso, and a further six pieces sold to a single buyer. 21st Century Jewels received a high level of interest in pieces by the designer Marilyn Cooperman and Catherine Noll, and sold a significant Art Deco piece for a six figure sum. 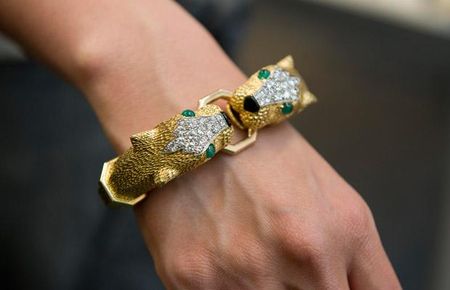 An interest in ethnographic pieces was present at the fair with dealer Finch & Co selling a broad range of items and receiving a great deal of interest in the pieces on their stand. Joss Graham sold to interior designers who loved the contemporary feel of his African prestige hats and mounted beadwork pieces.

There was an incredible level of interest in the letters from Grand Duchess Olga, the sister of Tsar Nicholas II, on sale at Argyll Etkin. Several Russian visitors came to view the letters and three separate interested parties have gone back to Moscow to lobby for them to return to Russia as part of the national archive. New introductions to the fair, including the Castle Howard loan exhibition were received very well, with the director of Brideshead Revisited, Derek Granger, attending the preview evening, alongside the actress Diana Quick, who appeared in the original series. Photo@Olympia was established this year, with the iconic image of Jane Fonda as Barbarella selling, and the Photographers’ Gallery selling several pieces. Sir Timothy Clifford, fair patron: “In spite of the fact we are in a difficult financial period, and were affected by the underground strike, we had visitors from all over the world and attendance figures were excellent, it’s gratifying to note we were up 10% compared to last year. Many of the dealers were delighted with their sales and many of the stands at the fair looked very handsome indeed. We have had several important new dealers from abroad and they tell me they intend to return next year and bring more of their colleagues.” Portrait of a Man Seated Holding a Sheet of Music by Domenico Feti, from the Castle Howard loan exhibition. Picture: The Olympia International Art & Antiques Fair