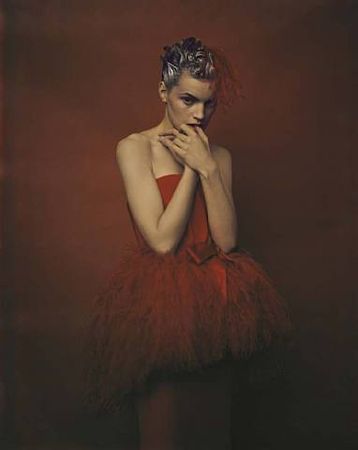 and Nudi, pictures of the studio of the artist in Paris, portraits, as well as works of his lightpaintings. Owing to the well-balanced quality of colors and the clear composition of the photographs of the artist as well as the particular charm and grace of his models, the observer of these photographs is often tempted to study them more as paintings. This effect is also a result of the technique of the artist.

For over 35 years, Paolo Roversi, born in Ravenna, Italy, in 1947, has been working and living in Paris. The exhibition of around 50 photographs will show, beyond the series Guinivere Paolo Roversi, Audrey through the Mirror, 1998

. Over the period of twelve years Roversi accompanied his muse of the same name with the camera in this long-term study. As a result, a mixture of abstract forms of graphic character and very intimate studies was generated. Whether the model is dressed or naked the photographs of Guinivere are unconventional and often provocative portraits.

Since 1980 Roversi takes pictures with a 8x10 inch polaroid camera. The prints obtain their distinctive appearance through faded shades of skin color, as can, for example, be seen in the series Guinivere is marked by a clear composition. The observer sees naked women in fulllength portraits which seem to transparently merge into the white picture background. The ladies displayed in the exhibition are top models such as Kate Moss and Tatjana Patiz. This is not the primary interest of the artist. In the book Nudi, the models are simply called by their first name, and they are photographed entirely without requisites or clothing. Thus Roversi maintains the anonymity of the displayed and shows us delicate, in their purity almost heaven-like creatures and not the stars of the fashion scene.

Roversi’s photographs are full of poetry and reflect, in all its facets, the beauty of the female body. The photographs show the artist’s ability not to lapse into superficial aestheticism but to always bestow upon his pictures a subtle aura of the enigmatic and mysterious. Particularly his technique of lightpainting, for which he illuminates the model which is standing in the dark and thus in a way traces it, makes Roversi a traveler between the worlds of photography and painting in the true tradition of the pioneers of artistic photography – the pictorialists. Around the year 1900 artists such as Alvin Langdon Coburn and Edward Steichen began to give photography a pictorial character by using softfocus, special printing techniques, and complex light installations. Paolo Roversi’s works have been published in various monographs, among them the lavishly arranged books Nudi 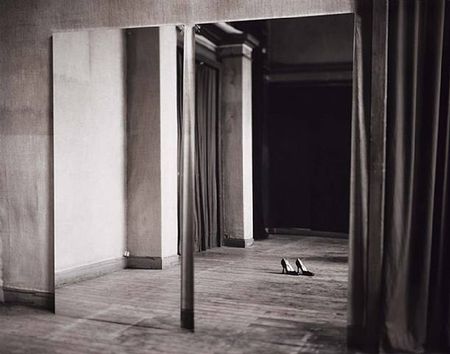