Notes: Previously considered to be by Cranach the Elder and datable after 1537, this beguiling composition has recently been confirmed by Dieter Koepplin, after inspection of the original, as by his son, Lucas the Younger (written communication 23 April 2009).

Koepplin considers this to be an 'outstanding' work by the artist, datable to the 1540s and with the serpent device signature that he used from 1537. The picture is listed by Friedländer and Rosenberg (loc. cit) and is similar to another of the same subject (op. cit., no. 240H, where dated too early according to Koepplin). There exists another unsigned version, sold at Christie's, New York, 24 January 2003, lot 33, and a further version in the Graz Museum.

According to Livy, Sextus, the son of the Roman tyrant Tarquinius, raped Lucretia, a virtuous Roman noblewoman. He told her that if she did not bend to his will, he would kill her and place her dead body next to that of a slave to make it appear as though she had committed adultery with him. In the face of this, Lucretia took her own life. Here she indicates her shame by drawing a veil over her face. and another painting of Lucretia sold at Sotheby's: Lucas Cranach, the Elder or his workshop produced at least 36 different versions of Lucretia 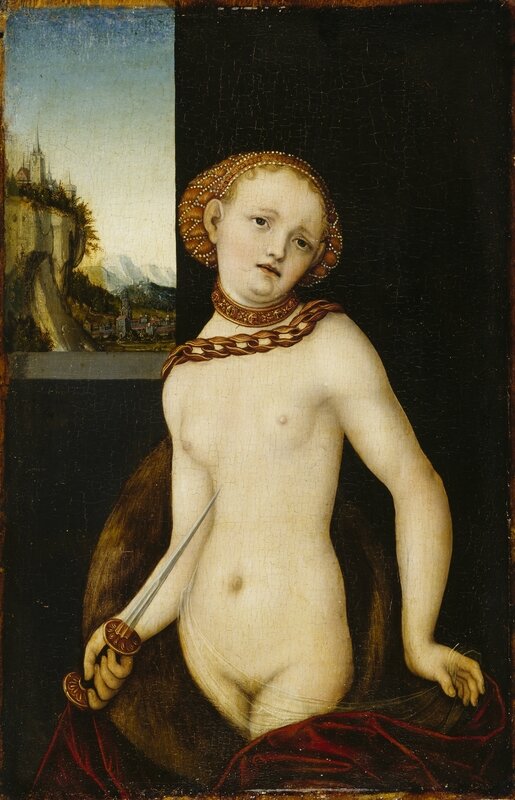