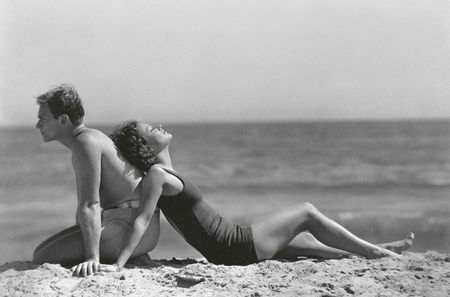 TORONTO.- The Institute for Contemporary Culture (ICC) at the Royal Ontario Museum (ROM) presents Vanity Fair Portraits: Photographs 1913-2008 from September 26, 2009 to January 3, 2010. The exhibition, which garnered record-breaking attendance in its recent European engagements, showcases 150 portraits, including classic images from Vanity Fair’s early period and photographs featured in the magazine since its 1983 relaunch. A collaboration between Vanity Fair and the National Portrait Gallery, London, the exhibition is curated by Terence Pepper, Curator of Photographs at the National Portrait Gallery, and David Friend, Vanity Fair’s Editor of Creative Development. Vanity Fair Portraits is presented by the Bay and will be displayed in the Roloff Beny Gallery on Level 4 of the Michael Lee-Chin Crystal. The ROM will be the only Canadian venue to display Vanity Fair Portraits, and this will be its first showing in eastern North America.

Throughout its 95-year history, Vanity Fair magazine has helped define the public persona of some of the most influential individuals in the world. The exhibition brings together a collection of captivating images of cultural icons from the magazine’s vintage and modern periods. Sitters range from Claude Monet, Amelia Earheart and Jesse Owens to David Hockney, Arthur Miller and Madonna, as well as legendary Hollywood personalities from Charlie Chaplin and Greta Garbo, to Demi Moore and Tom Cruise. The magazine’s mix of artistic seriousness and popular celebrity means that portraits of writers, artists and leaders of the avant-garde will be displayed alongside images of actors, musicians and athletes, providing a fascinating range of high and popular culture.

“We are delighted to bring Vanity Fair Portraits to the ROM. Across its history, the magazine has been a barometer of the cultural mood of the time. This exhibition succeeds in channelling a mixture of the bygone days of Hollywood glamour, as well as newsmakers in art, business, politics and sport - all captured by some of the best portrait photographers in history. We are grateful to the National Portrait Gallery in London and Vanity Fair magazine for the opportunity to show this beautiful exhibition in Canada. It will be the centrepiece in an upcoming series of programming on the nature of celebrity,” said William Thorsell, ROM Director and CEO.

“I’m especially proud that the Vanity Fair Portraits exhibition will be making a stop in Canada, and at the Royal Ontario Museum, no less. It’s a wonderful institution – a place I remember fondly from my childhood,” said Graydon Carter, Editor, Vanity Fair.

“For the better part of this past century Vanity Fair has granted an intimate glimpse into the glamorous and mysterious world of high profile personas and celebrities. The magazine’s striking portrait photography has epitomized both the beauty of each individual selected and stood for the iconography of each era,” said Bonnie Brooks, the Bay CEO. “The Bay is proud and excited to be a part of this collaboration with the ROM, Vanity Fair and the Institute for Contemporary Culture.”

Vanity Fair Portraits was mounted to coincide with the 25th anniversary of the modern-era magazine and the 95th anniversary of the original magazine’s founding. The exhibition is divided into two parts, 1913-36, the magazine’s early period, and 1983 to the present. In addition to the portraits, the exhibition will include vintage and modern editions of Vanity Fair magazines.

The magazine was launched in 1913 by visionary publisher Condé Nast and editor Frank Crowinshield. From its inception, the magazine strove to engage its cosmopolitan and discerning audience with the vibrant modern culture that sparkled at the beginning of the 20th century. The birth of modernism, the dawning of the Jazz Age, and the 1913 Armory Show that introduced avant-garde art to the American public, all marked the beginning of this sophisticated new era. Vanity Fair magazine became a cultural catalyst, introducing and providing commentary on contemporary artists, personalities and writers.

In these early years, Vanity Fair was the showcase for what was to become the most accessible art form in the 20th century, and an alluring array of portraits were commissioned from the greatest photographers of the period. Edward Steichen (1879-1973), the magazine’s chief photographer for 13 years (from 1923 to 1936), became America’s leading photographer of style, taste and celebrity. Steichen is best remembered for his timeless images of actors, whose likenesses in print and onscreen helped shape popular culture during the first quarter of the 20th century. A selection of his iconic photographs will be shown in the exhibition.

From the magazine’s beginning, British, Irish and American literary figures were frequently profiled in the magazine along with their writings. Among the vintage portraits shown in the exhibition are iconic images of H.G. Wells, James Joyce, D.H. Lawrence, Rebecca West, Ernest Hemingway and George Bernard Shaw.

Vanity Fair Portraits offers a rare opportunity to see some of the definitive portraits of the Jazz Age. Memorable images of men and women of the day are presented, such as Albert Einstein, Collette, Pablo Picasso and English playwright Noel Coward, whose images were captured by legendary photographers such as Martin Hölig, Cecil Beaton, Baron De Meyer, Man Ray and Edward Steichen.

In 1936, Vanity Fair suspended publication, laying dormant for almost half a century. In the early 1980s, the vibrant cosmopolitan spirit streaming through the culture of the time persuaded Condé Nast Publications to resurrect the magazine. Once again, the magazine succeeded in immortalizing the newsmakers of the day - individuals of talent, stature and culture who were firmly embedded in the popular culture. And, as in the early period, portrait photography was the graphic bedrock of the magazine. Tina Brown, editor from 1983 to 1992, notably imbued the magazine with a mixture of personality profiles and first-rate reportage. When Brown moved on to the New Yorker in 1992, Graydon Carter took the editorial reigns at Vanity Fair and expanded the magazine’s coverage of news and world affairs, and, amongst a variety of new franchises, inaugurated the now annual Hollywood Issue along with the much-celebrated annual Oscar party.

The section of the exhibition representing the period 1983 to the present illustrates how the revived monthly followed in the tradition of its first editor, Frank Crowninshield, and commissioned the world’s leading portrait photographers, among them Helmut Newton, Nan Goldin, Herb Ritts, Harry Benson, Mario Testino, Bruce Weber and Annie Leibovitz, Vanity Fair’s principal photographer since 1983. Leibovitz, the most famous imagemaker of her generation, first came to prominence while she was working as a photographer for Rolling Stone magazine, eventually becoming chief photographer. Her Vanity Fair covers have left us with unforgettable images of prominent figures in American pop culture.

Exhibition highlights:
From vintage to contemporary prints, Vanity Fair Portraits captures viewers’ imagination, taking them on a journey of nearly 100 years of popular culture. The glamour of the golden age of cinema shines in portraits of American actresses Gloria Swanson, Anna May Wong and the Gish sisters; an incandescent portrait of Jean Harlow three years before her death; and beloved icons of the silver screen, Katharine Hepburn and Cary Grant. With a nod to modernity – a significant element of the magazine’s inception - the Jazz Age is represented by classic studies of trumpeter Louis Armstrong and entertainer Josephine Baker. The selection also includes unpublished images, including a portrait of 1930s actress Alice White by Florence Vandamm and a study of Weimar era artist George Grosz by Emil Bieber.

Bringing the exhibition to the 21st century, we are invited to look into the eyes of firefighters near Ground Zero (2001); a powerful image of actress Hilary Swank running on a beach (2004) and Annie Leibovitz’s Hollywood Issue cover (2001), featuring Nicole Kidman, Catherine Deneuve, Meryl Streep, Gwyneth Paltrow, Cate Blanchett, Vanessa Redgrave, Kate Winslet, Chloe Sevigny, Sophia Loren and Penelope Cruz. From the world of music, portraits of Philip Glass (2002) and Liza Minnelli (2002) are juxtaposed with images of Run DMC (2005) and Radiohead (2000). 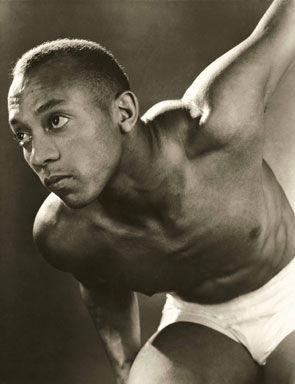