The square stone fashioned with a recessed well and carved with an inscription in archaistic juan shu script, bearing a date of the 57th year of the Kangxi reign (1718), and the signature of the noted 18th century inkstone enthusiast Huang Ren as well as a seal reading Xintian Huang Shi Zhen Cang (from the collection of Mr. Huang of Xintian). 2x5in square (5 x 12.5cm) (方形石碩與紫檀蓋盒). Sold for $7,625 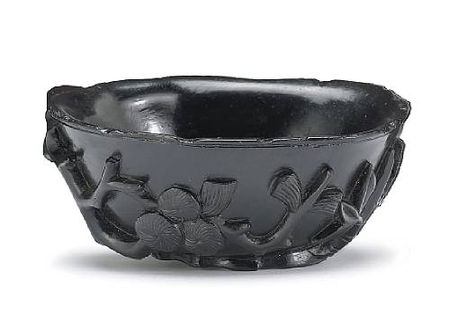 Carved and undercut with mallow flowers growing from a network of stems and branches, one cluster forming a handle, the well-hollowed cup a deep rich brown hue and polished on the interior to a warm luster. 2in (5.1cm) high; 4in (10.3cm) diameter (十八世紀紫檀雕錦葵花圖杯). Sold for $2,196 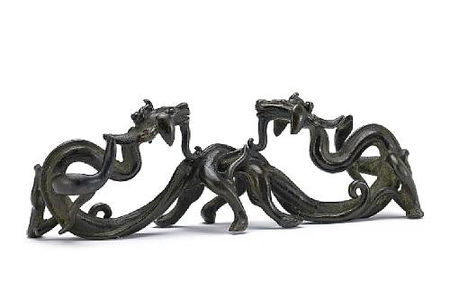 The slightly tapered convex vessel with elegant ghost images in the tight-grained timber. 5 1/2in (14cm) high (十九世紀紫檀筆筒). Sold for $3,050