"Nature Strikes Back" @ the National Gallery of Denmark

"Nature Strikes Back" @ the National Gallery of Denmark 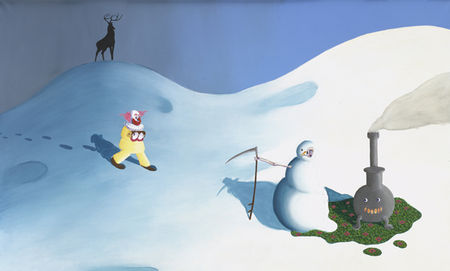 Nature as history
Throughout history, mankind has perceived nature differently at different times. During the Middle Ages, nature was mostly regarded as evil and mankind was prey to its whims, which only God could protect us from. This understanding was replaced by a more positive view of nature in the Renaissance, where man begins to regard nature as a useful resource that can be controlled. This way of thinking became increasingly striking in modern times. Nature came to be regarded as inexhaustible and something to be mastered and completely subjected to human needs. After a good 150 years of exploitation, pollution, and other catastrophes, a new picture evolved at the end of the 20th century, with nature as the weak victim that must be protected. Today we have arrived at the traumatic realization that nature simply reacts to that which we subject it to, and that it strikes back, so to speak, without regard to mankind’s needs. An artistic journey through the ages’ view of nature
The exhibition “Nature Strikes Back” at the National Gallery of Denmark seeks to place in perspective our present relationship to nature by telling the story of how Western culture has perceived nature in different ways through the ages. With about 110 works from practically all of art history, the exhibition provides a visual story about the varying views of nature from ancient times, to the religious doomsday rhetoric of the Middle Ages, through the baroque period’s staging of nature, to the present day’s necessary attempt to create new ways of relating to nature Famous works in new contexts
The exhibition has a broad embrace. Paintings, sculptures, drawings, and graphic works from almost 2,000 years of art history are carefully arranged with a view to bringing out the poetic and symbolic ideas about the relationship between man and nature that are expressed through visual art. Here we find works from some of art history’s major figures, from Mantegna, Dürer, Bruegel the Elder, Titian, and Rubens through Cezanne, Braque, and Asger Jorn, to Gerhard Richter, Anselm Kiefer, Per Kirkeby and Olafur Eliasson. But there is more here than just a parade of art history’s great icons, for the exhibition casts a fresh glance at art that we may have thought we knew . The works are part of an overall theme and are experienced from a particular point of view, i.e. as both unique and coherent statements from history about mankind’s understanding of nature. Powerfully communicative staging
The exhibition’s many works are arranged in thematic chapters that produce a visual impact based on the most striking change in mankind’s changeable view of nature. The story is an essential and leading element in the exhibition. As something quite new, each theme is introduced by an animated film in which the organizers of the exhibition introduce and discuss the subject at hand, just as they provide analyses of chosen works. The set design of the exhibition aims for a visually tight framework in order to create order among the many different artistic expressions, as well as the themes, techniques, media, and time periods spanned by the exhibition. Climate debate
The exhibition appears on the occasion of the UN climate conference in Copenhagen later this year. The goal of the National Gallery of Denmark with this exhibition is to seek out the historical background for our view of nature as it can be read in visual art. Rather than supply scientific expert knowledge of the relevant climatic conditions, it is the intention of the exhibition to show how the western world through time has read nature into different world views and dealt with nature on this basis. Precisely by pointing out the variability in mankind’s relation to nature, the exhibition comments on the current climate crisis and puts it into perspective. Book publication
In connection with the exhibition, the National Gallery of Denmark is publishing the catalogue, Nature Strikes Back. Man and Nature in Western Art.
Foreword by Karsten Ohrt. Main articles by Hanne Kolind Poulsen and Henrik Holm. Special article by Jacob Wamberg. 164 pages, richly illustrated. Price: 168 DKK. May be purchased in the museum bookstore. ISBN: 978-87-92023-37-7 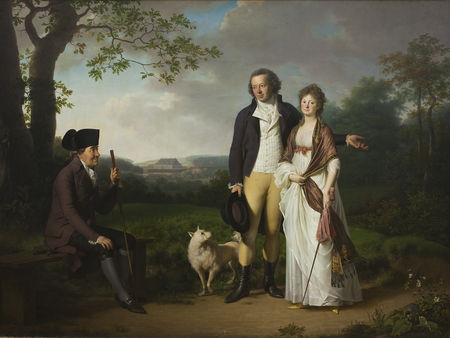 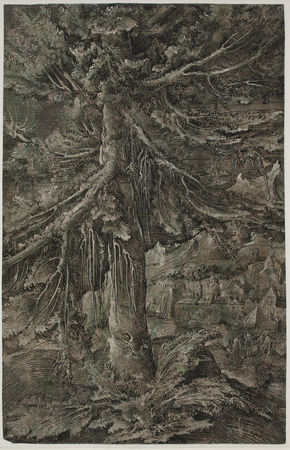 C.W. Eckersberg (1783 - 1853) View through Three of the Northwestern Arches of the Third Storey of the Colosseum. A Thunderstorm is Brewing over the City, National Gallery of Denmark, 1815. SMK Foto

Commentaires sur "Nature Strikes Back" @ the National Gallery of Denmark