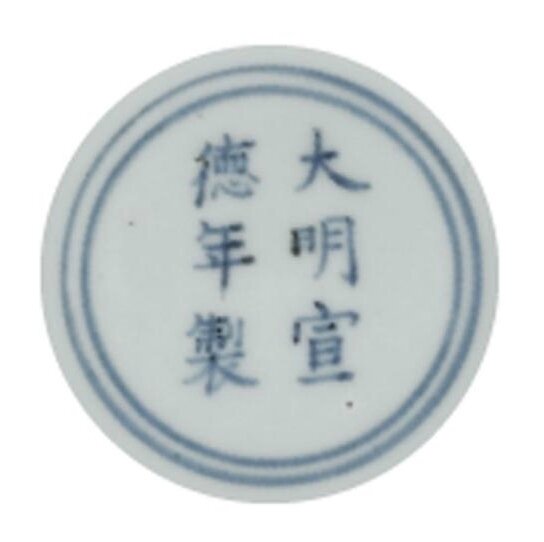 finely-potted, the rounded sides rising from a short slightly tapered foot, the exterior faintly incised in the body with two rows of lotus petals radiating from the foot, below a band on incised waves encircling the mouth, the interior incised with a pair of pomegranates sprigs enclosed within a double-circle medallion on the base, the mouth encircled by a register of key-fret, all beneath a white glaze, the base with a six-character mark in underglaze-blue within double-circles.

The Xuande lianzi bowl is based on the Yongle bowl of the same proportions. Compare a Yongle period bowl from the Kempe Collection with a single tier of lotus petals, illustrated in ibid. pl. 686, and later sold in our Paris rooms, 12th June 2008, lot 40. And another one from the Donald S. Morrison collection sold in our New York rooms, 4th June 1982, lot 214 and again in these rooms 17th May 1988, lot 36.