The Givenchy haute couture black chantilly lace cocktail dress, worn in `How to Steal a Million', 1966. Sold for nearly $100,000.

LONDON (AP).- The black cocktail dress worn by Audrey Hepburn in 'How to Steal a Million' has sold for nearly $100,000 at auction.

Kerry Taylor Auctions says the Chantilly lace dress sold to an anonymous bidder for about $97,700. It was one of 40 items from Hepburn's wardrobe sold off by her friend Tanja Star-Busmann.

The auctioneer said Tuesday's sale made a total of 268,320 pounds. It says half of the net proceeds will go to The Audrey Hepburn Children's Fund.

Audrey Hepburn was not just a film star - she was a major style icon of the 20th Century. Simplicity and seemingly effortless elegance was her trademark. Ably aided and abetted by the young couturier Hubert de Givenchy, she became the personification of chic elegance in the 1950s and 60s. Givenchy said of her “All the responsibility for the way Audrey looked is hers. She made the selections.” Audrey was the first actress off-screen who was able to play the part of fashion models on-screen and be credible. For `Funny Face’ in 1957 and many of her other major films, Audrey had it written into her film contracts that de Givenchy would make all the clothes she wore and also astutely had it agreed that she retain the majority of her Parisian wardrobe. Copyright 2009 The Associated Press. The Givenchy haute couture white point d'esprit ball gown worn by Audrey Hepburn in the opera scene of `Love in the Afternoon', 1956. 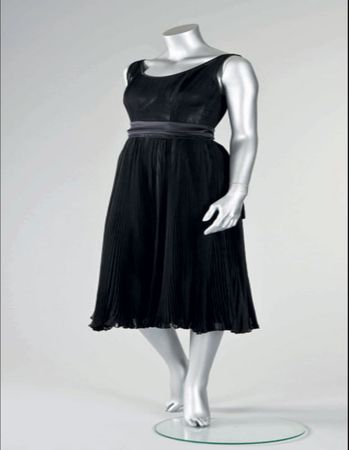 The ivory satin bridal gown designed for Audrey Hepburn by the Fontana Sisters for her marriage to James (later Lord) Hanson in 1952 which did not take place. Richard Avedon portrait of Ms Hepburn - also up for auction - taken when she filmed 'Funny Face,' in 1956. Photo: Richard Avedon 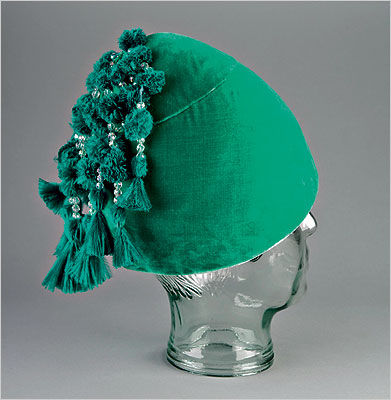 A visitor looks at dresses worn by Audrey Hepburn, including the outfit in black lace, second left, that she wore in the 1966 film 'How to Steal a Million', exhibited amongst dozens of garments and personal items once belonging to the Hollywood star. AP Photo/Francois Mori.