SANTIAGO DE COMPOSTELA.- Sur le dandysme aujourd’hui attempts to show how many of the concepts and strategies developed by nineteenth-century dandies can be found in the work and attitudes of certain contemporary artists, and how the iconography and themes of the literature of dandyism are still significant. To do so it takes three landmarks in the unusual history of dandyism—George Bryan Brummell, Charles Baudelaire and Oscar Wilde, with allusions to Jules Amadée Barbey d’Aurevilly, the Countess of Castiglione and Joris Karl Huysmans—and studies the way in which each of their contributions are reflected in the art of recent decades. The exhibition does not follow the traditional presentations of the figure of the dandy, which have striven to construct a genealogy of his image; neither does it attempt to define or describe the selected artists as dandies, for the latter form a part of our legendary past.

Who is a dandy? Nowadays the term dandy has become so lexicalised that it has almost lost all meaning. Dandies were not only elegant or eccentric men from a specific historic period but are part of the black and white of the page, the text, the leading players of novels and works for the theatre, case studies in treatises and essays.

What is dandyism? It cannot be defined, for attitudes are always difficult to define. We are not even sure of the origin of the word. Dandyism starts from paradox, from what exists and does not exist at the same time. ‘The dandy is the androgyne of history,’ wrote Barbey d’Aurevilly, the figure that seems to resolve opposites.

Dandyism can only be described when someone, or later on something, represents it: a historical or not so historical character (Brummell in Honoré de Balzac’s Treatise on Elegant Living and in Barbey d’Aurevilly’s The Anatomy of Dandyism, or the Marquis Robert de Montesquiou in Marcel Proust’s In Search of Lost Time and in Jean Lorrain’s Monsieur de Phocas); a work of art (the drawings by Constantin Guys or the paintings by Édouard Manet in Baudelaire’s writings); the protagonist of a novel (above all Joris Karl Huysmans’s À Rebours) or a stage actor (Oscar Wilde).

Each leading character has contributed a new concept to this particular history of dandyism or else has developed a strategy already suggested by his predecessor; these concepts and strategies added up and would be assumed by certain contemporary artists. Dandyism didn’t disappear completely at the turn of the century after the death of Oscar Wilde in 1900, which is the date usually considered to mark its demise, but could even have constituted the basis of some of the innovations of the avant-garde and other art movements of the twentieth century, and the actual construction of the idea of ‘artist’. Dandyism also crossed the border of what has been described as high culture to become established in the imaginary of popular culture embodied by film stars or music idols.

Although the various sections are arranged in chronological order—from Brummell (late eighteenth and early nineteenth centuries, the revolutionary period in France) to Wilde (the last years of the nineteenth century)—the itinerary of the exhibition is circular, with no beginning and no end; each of the three sections presents continuities (either as regards the repetition of artists, uses or themes and forms) that make it clear that there were no breaks in the story of dandyism and that each period was constructed over its precedent.

Brummellian: This part of the exhibition is devoted to Brummellian dandyism which, according to Giorgio Agamben, was characterised by granting things a degree of irreality that exceeded the usual exchange values of the commodity and drew them closer to the work of art. By virtue of its almost complete de-subjectivisation, the dandy tended to suppress his personality and become reified, transformed into an unreal commodity, a pure appearance of himself—that Brummell-piece of boudoir furniture showed in salons and described by Balzac in his Treatise on Elegant Living, or that Brummell-mannequin on public view in the window of his club on the London Mall even before tailors thought of displaying his suits in shop windows whom William Hazlitt found so fascinating.

Following Hal Foster’s observations regarding the strategies of some artists of the eighties and taking Marcel Duchamp and Andy Warhol as leitmotifs, this section of the exhibition presents the ready-made and appropriation as processes related to the de-subjectivisation of the dandy and to the contemporary artist as an advertisement or a self-publicised commodity.

Baudelairian: In 1863 Le Figaro published Charles Baudelaire’s essay ‘The Painter of Modern Life’. Divided in thirteen chapters (the main one of which refers to the dandy) the essay analysed customs and forms of modern life taking as an excuse the work by Constantin Guys, an obscure illustrator who is only referred to by the initials M. G. and whose qualities inspire the remaining characters: the artist, the Turkish sultans, the concubines in the harem, the eunuchs, the soldiers, the native Americans, the prostitutes and the women at the opera. With Baudelaire the term dandy went from being a noun to an adjective. Reproducing the very structure of Charles Baudelaire’s The Painter of Modern Life, this section encompasses artists who concentrate on youth subcultures (of which dandyism is considered a precedent). The works on display refer, in formal terms, to the age-old dispute between ancient and modern, eternal and transient, classical and fashionable that obsessed Baudelaire, reproducing styles of the past.

Wildean: In 1900 Oscar Wilde died an early death at the Hotel d’Alsace in Paris. Was he the last dandy or one of the first media stars? Better known for his strange way of dressing and his witticisms than acknowledged as an author in the early stages of his career, a young Oscar Wilde embarked on a successful tour of the United States, disseminating aestheticism and becoming a fan phenomenon in the process—not only did he sign thousands of photographs and send hundreds of locks of his hair but he lent his image for cosmetic advertisements and music scores. A marked egotist, Wilde actually declared that, ‘When someone speaks of himself, it is always more interesting than when he speaks of others.’ Oscar Wilde wanted to become a work of art and created his own character. Aware of the importance of constructing a tragicomic hero for his biography, he emptied himself of himself like that blue porcelain Chinese vase he aspired to resemble during his university years in Oxford; once he considered the play of his own life was completed, as some have stated, he let himself die.

This section of Sur le dandysme aujourd’hui is devoted to the theme of the artist as Narcissus, media star and work of art. The show also includes references to the dandy as an ‘androgyne of history’ described by Barbey d’Aurevilly in his famous treatise on Brummell; to the Countess of Castiglione, the Italian aristocrat who for decades posed for photographers dressed up as different characters; and to the decadent protagonist of Huysman’s À Rebours, Des Esseintes, a pagan St Anthony who sought absolute beauty shut away in his house at Fontenay-aux-Roses and whose taste for the artificial could be related today to the aesthetics of camp. 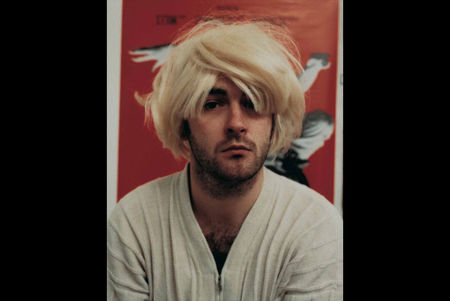 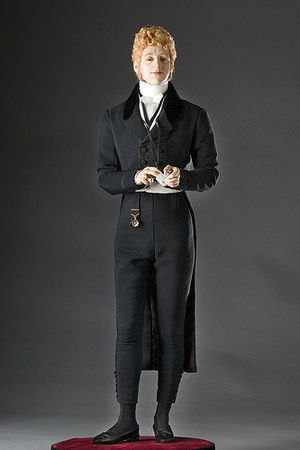 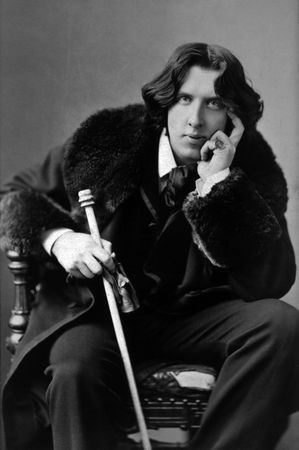 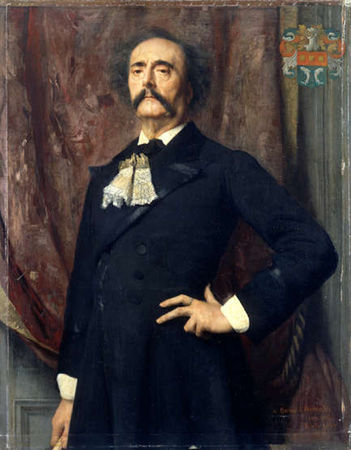