A selling exhibition of David Bailey's iconic images of the 1960s - the 50th anniversary of a decade that changed our cultural history - will be hosted by Bonhams in New Bond Street.

David Bailey's name is an integral part of the 1960s, that dynamic period which created a melting pot of talent drawn from music, fashion, literature, design and cinema. He captured images which remain a pictorial reminder of all that was best about it – new, edgy, exciting, & beautiful.

In celebrating this anniversary and bringing it to a new audience, Bonhams approached David Bailey to put together an exhibition. The resulting selection of images by the photographer sum up a decade of glamour and hedonism, as well as providing a valuable piece of photographic social history.

The 1960s heralded a time of change and spontaneity, brilliantly captured by Bailey in the photographs he took. Bailey began working at Vogue in July 1960 and was famously quoted as saying: 'When Vogue offered to pay me to photograph beautiful women all day I thought I was on a dream-boat'. Amongst the many incredible faces he captured for all time were Jean Shrimpton, Penelope Tree, Catherine Deneuve, Brigitte Bardot, Raquel Welch... the list is endless.

As well as the great beauties of the day, Bailey photographed those people who made the headlines: The Rolling Stones, Andy Warhol, Rudolf Nureyev, Cecil Beaton, Michael Caine, The Beatles, David Hockney, Roger Vadim, Kenneth Tynan, The Who & The Krays. Many of the images he shot were very direct, closely cropped portraits.

Bailey has made his own selection of images "My selection for the exhibition is based on 60s icons - - you know, all the usual suspects. 'Pure Sixties. Pure Bailey. At Bonhams' is an exciting new direction for Bailey "Bonhams has a wonderfully rich & eclectic mix of sales." Bailey's work rate, despite his 72 years, continues at his usual tempo - flat out. He has two shows planned and then an exhibition of his sculpture. He remains as prolific as ever. 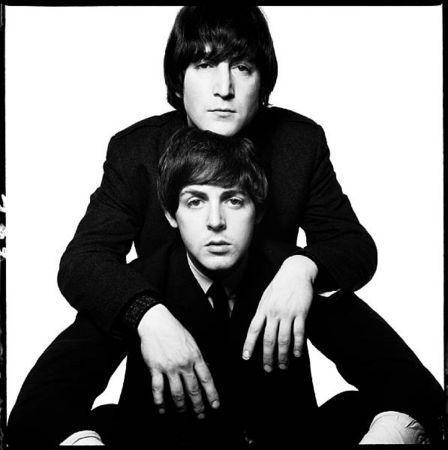