AMSTERDAM.- Outstanding works by Matisse, Picasso, Van Dongen, De Vlaminck, Derain and many other contemporaries of theirs will be seen in a magnificent display from 6 March 2010 to 17 September 2010 at the Hermitage Amsterdam in the exhibition Matisse to Malevich. Pioneers of modern art from the Hermitage. For this exhibition about 75 paintings have been selected from the Hermitage St.- Petersburg, which has one of the world’s finest collections of French painting of the early twentieth century. Apart from the world-famous French masters, such equally celebrated Russian contemporaries as Malevich and Kandinsky will be represented. These artists are seen as the pioneers of Modernism. Almost all the works exhibited are on permanent display in St.- Petersburg. Most come originally from the Moscow collections of Morozov and Shchukin. This is the first time that this extensive collection of avant-garde masterpieces has been seen in the Netherlands. The exhibition explores the origins of modern art as an art historical phenomenon, but also looks at the passion of the artists, when at a crucial moment in art history at the beginning of the last century they initiated a revolution in art.

Morozov and Shchukin
The Hermitage’s impressive collection originated with the famous Russian collectors Ivan Morozov (1871-1921) and Sergej Shchukin (1854-1936). Both were textile dealers, and they brought French art to Russia because they wanted to change the course of art in their homeland. They provided a tremendous stimulus. Shchukin was the most conspicuous collector of his time; no one else bought so many works by Picasso (51) and Matisse (37). Morozov and Shchukin dared to buy the revolutionary paintings – sometimes with the paint still wet – and during the turn of the century they dominated the art world in Moscow. What they bought was shown at regular intervals in their own house. This enabled the young Russian artists to see what was in vogue in France. With the outbreak of the First World War collecting came to an end. During the October Revolution of 1917 the two collections were confiscated, and in 1948 a large part of them was given to the Hermitage in St.- Petersburg.

A documentary presentation in one of the rooms of the Hermitage Amsterdam gives the visitor a picture of the lives of both collectors and an insight into their idiosyncratic and progressive collecting policy.

Artists like Matisse, Picasso, Derain, De Vlaminck and Van Dongen were searching for renewal, for liberation from nature and from the academic traditions in painting. They formed the first important avant-garde movement of the twentieth century, which arose in French painting around 1900 in reaction to Impressionism and Pointillism. Bright and contrasting colours, rough brushwork, simplified forms and bold distortions characterised the new art. Light and shadow were depicted without intermediate shades and without soft transitions. In traditional painting the artists still wanted to represent three-dimensional space. For the pioneers that was no longer important; that was what photography was for. Through their work they provoked emotional reactions. Matisse, the most gifted and influential of them, was the focus of a group of artists known as the Fauvists or ‘wild animals’. No less than 12 paintings and 4 sculptures by him will be in the exhibition (including The red room, photosheet 02.tif and Jeu-de-boules, photosheet 01.tif).

Picasso is represented by 12 paintings (including The absinthe drinker, photosheet 08.tif andTable in a café, photosheet 09.tif). Throughout his long and productive life he constantly experimented with new techniques, and from 1907 he laid the basis for Cubism: this new style developed from a harder and tighter manner of expression and the use of thick layers of paint.

Kandinsky (Winter landscape, photosheet 05.tif) met Picasso and Matisse in Paris and was deeply impressed by the colour effect in their work, but was also influenced by music (Schönberg). He wanted to represent his own feelings and expression yet more, he heard the colours of the music and his colours evoked music. Malevich went a step further, he had had experience of everything new in the twentieth century and finally brought everything – nature, life, ‘being’ – down to a geometrical plane (Black square, photosheet 12.tif). 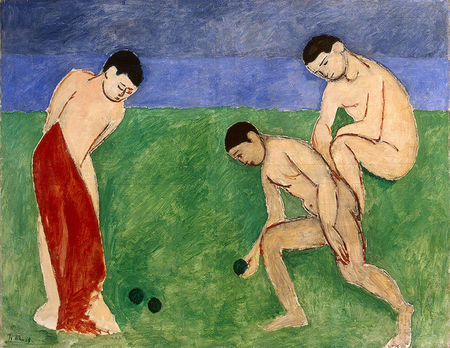 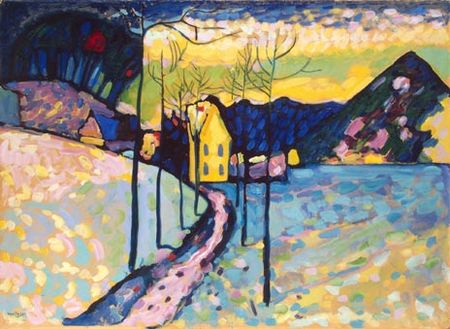 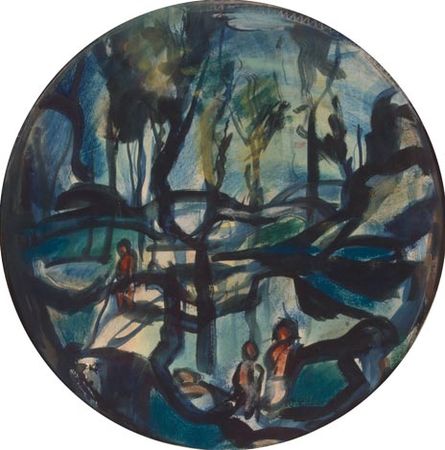 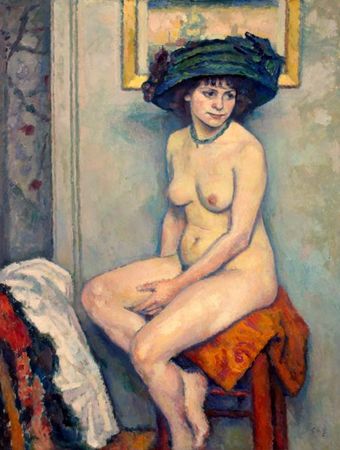 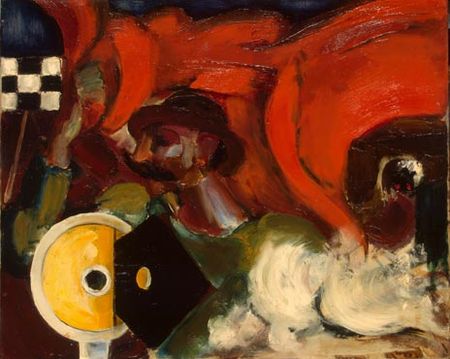