Following a fierce bidding battle, David Hockney’s "Richard Neville Naked" sold for £27,600. The picture was used, alongside drawings of Neville’s co-editors of 'Oz' magazine, Jim Anderson and Felix Dennis, to raise funds for the Oz obscenity trial in 1971, in which Neville, Anderson and Dennis were prosecuted for publishing a sexual Rupert Bear cartoon parody in an issue of the magazine edited by a group of school kids.

An unrecorded fruitwood and vellum cabinet by one of the most important Italian architects and designers of the 20th century, Gio Ponti, sold for £14,400. 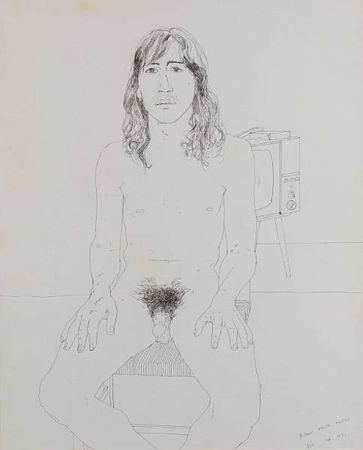