of deep rounded form rising to a flared rim, moulded with two raised bowstrings above the raised foot, the exterior covered with a brilliant powdery-blue glaze, the interior glazed white and inscribed in underglaze-blue with six character three-column marks of Yongzheng. each delicately potted body with rounded sides rising from a short tapering foot, the exterior glazed in a rich ruby-red tone, the interior and base white. 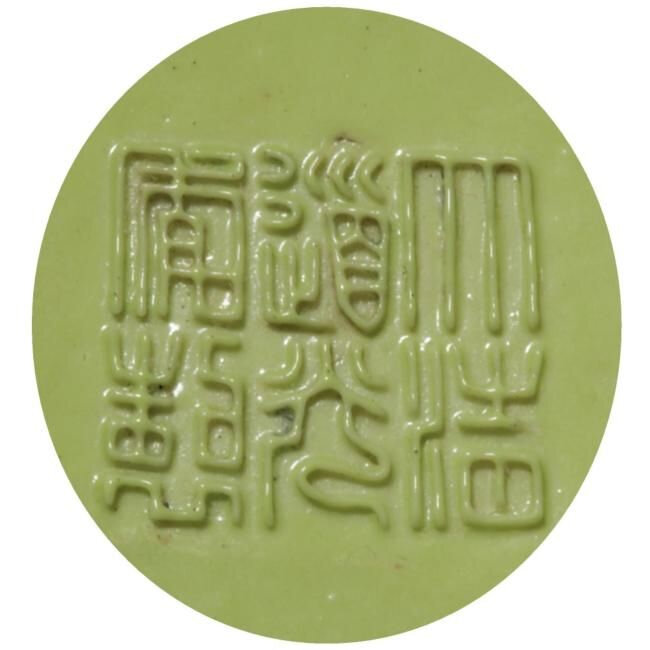 of cylindrical form, finely carved around the exterior with a pair of horses stood amidst rockwork beneath a willow tree, covered overall in a bright lime-green glaze. the slightly compressed globular body with moulded horizontal ribs around the waist and shoulder, covered overall in a flambe glaze of deep reddish-purple tone lightly mottled with milky pale blue to the body and the rim, the foot unglazed exposing the biscuit, the base covered in a caramel-brown glaze -

Note: The present piece is notable for its impressive size and brilliance and depth of glaze. Compare a closely related vase of slightly larger proportions, sold twice at Christie's Hong Kong, 27th April 1997, lot 62, and again, 1st December 2009, lot 1903; and another from the Eumorfopoulos collection illustrated in R.L. Hobson, The George Eumorfopoulos Collection Catalogue of the Chinese, Corean and Persian Pottery and Porcelain, vol. 5, London, 1927, col. pl. LXVII, no. E390.

Vases of this type derived from guan ware of the Song dynasty (960-1279) and demonstrate the mastery of the Qing craftsmen over the use of glazes and potting techniques. While imitating Song wares they also made innovations and developments on some of the traditional Song glazes; for example from the 'Jun' wares the flambé glazes derived. The form of this vase was first revived by the Yongzheng emperor and covered in Song-inspired glazes, including ru-type glaze, such as one in the National Palace Museum, included in the Special Exhibition of Qing Dynasty Monochromes, Taipei, 1981, cat. no. 79; and flambé-glaze, as seen on a vase sold at Christie's Hong Kong, 30th May 2006, lot 1255. For the Song prototype of the shape, see a smaller guan vase, in the National Palace Museum, Taipei, included in the Special Exhibition of Sung Dynasty Kuan Ware, National Palace Museum, Taipei, 1989, cat. no. 21. 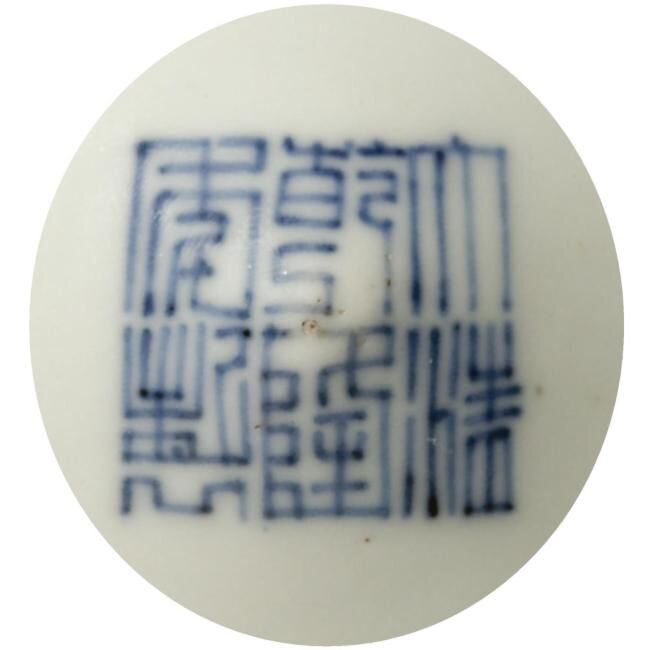 the flared foot rising to a wide band of carved lotus petals to a thin band of key fret at the rim, covered in a consistent white glaze

Note: A closely related example was sold in these rooms, 23rd May 1972, lot 203; and another was sold in our Hong Kong rooms, 28th November 1978, lot 147. Bowls of this type were inspired by early-Ming anhua-decorated lianzi bowls; for example see one, with a Xuande reign mark and of the period, sold at Christie's New York, 3rd November 1996, lot 720. 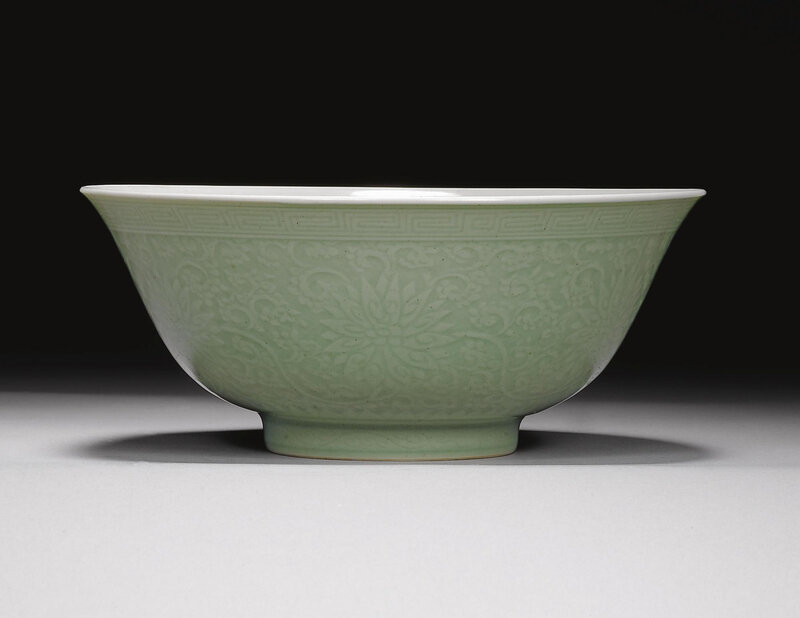 the raised foot rising to a rounded body and flaring rim, the exterior carved with a continuous band of scrolling lotus, covered in a pale celadon glaze, the interior white with a central shou character below two dragons chasing flaming pearls amongst flame and cloud scrolls. 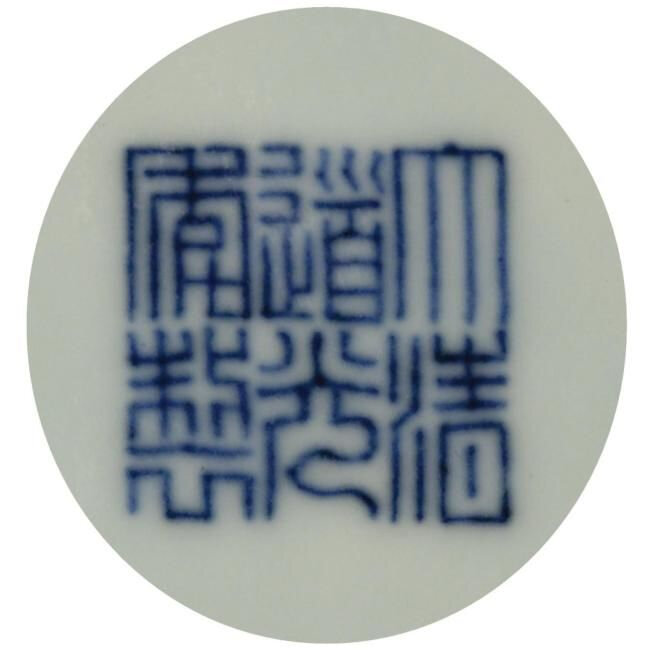 of archaic bronze form, the pear-shaped body of rectangular section rising from a short straight foot to a slightly everted rim, set at the shoulder with a pair of lug handles and moulded to the front and back with a large peach, covered overall in a rich bluish-red glaze thinning to buff tones at the edges. the short foot rising to a rounded body, waisted neck and flaring rim, covered with a turquoise glaze and painted in a light slip with a design of stylised lotus scroll.