No other king from antiquity has such a powerful appeal to the imagination as Alexander the Great (356-323 BC). No other king has been so often cited and depicted as an example. The exhibition The Immortal Alexander the Great will be on view from 18 September 2010 to 18 March 2011 in the Hermitage Amsterdam, with over 350 masterpieces, including the famous Gonzaga cameo, from the State Hermitage Museum in St Petersburg. This is the first time that any Dutch museum has devoted an exhibition to Alexander the Great, his journey to the East, and the influence of Hellenism. The exhibition spans a period of almost 2,500 years. In the Hermitage Amsterdam, the ‘immortal’ Alexander will be brought to life for six months. Alexander was born in 356 BC as the son of King Philip II of Macedonia. In boyhood he was taught by Aristotle, who would be an abiding influence on him. At twenty years of age Alexander succeeded to the throne, following his father’s assassination. Two years later he embarked on the great expedition that would seal his fame. His conquests brought him into contact with numerous countries and cultures: Syria, Egypt, Persia, Bactria, and India. He founded new cities wherever he went, naming many of them Alexandria. His arrival had a lasting impact on local architecture, art, language, and ways of life: in the course of time they assimilated and displayed Greek influence, a process that became known as Hellenism. The Greek sphere of influence was vast: it extended from Asia Minor to India, from Egypt to Mongolia. Alexander’s name and fame has endured to the present day. The exhibition in the Hermitage Amsterdam gives a picture of Alexander himself and of the great cultural and artistic changes that followed in the train of his conquests. The exhibition begins with the myth of Alexander. Images from the seventeenth to the nineteenth centuries, tapestries, and decorative arts display his heroic deeds and conquests. Impressive examples include paintings by Pietro Antonio Rotari (Alexander the Great and Roxana) and Sebastiano Ricci (Apelles painting Campaspe), and a tapestry depicting The Family of Darius before Alexander the Great. The exhibition then moves on to Alexander’s reality, his native Macedonia, his teachers, his heroes Achilles and Heracles, and his ideals. The lion’s share of this reality consists of his journey, the Great Expedition to the East: an unparalleled campaign of conquest lasting over ten years, with an army that was more than 50,000 strong. Objects from Egypt and Persia, from the nomads and the Babylonians, attest to the rich cultures that he encountered on his travels. Visitors can follow the route of his celebrated journey on interactive maps and computers. This part of the exhibition also highlights the Greek influence on those other cultures. Terracotta figurines depicting men and women, gods and satyrs, musicians and Eros, and stone fragments of architecture, testify to the artistic wealth that characterized the Hellenistic territories from the fourth century BC to the first few centuries AD. While many of these works reflect the Greek spirit of cheerfulness and playfulness, the Greeks also took an interest in the atypical, such as disabilities and deformities. Finally, the exhibition dwells on Alexander’s heritage. Fourth-century reliefs from Palmyra demonstrate the endurance of Greek traditions outside Greece, as do papyruses bearing texts in Greek, which were still being produced in the ninth century. In the fifteenth and sixteenth centuries, Alexander played a prominent role in Persian literature, in which he is known as Iskander. He is recognizable in finely executed miniatures. 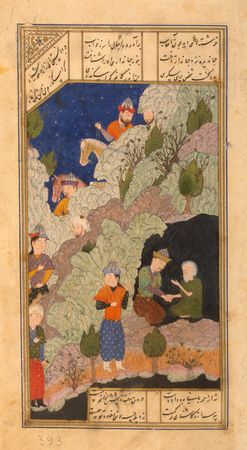 Alexander the Great is still a topical figure in our own time. In 2004 a broad international public became better acquainted with him thanks to Oliver Stone’s film. Alexander is a phenomenon. He is immortal. The exhibition at the Hermitage Amsterdam makes this abundantly clear. Erwin Olaf was asked to make photographic interpretations of Alexander, which he did in a photographic series and a short film. By interlacing objects from the exhibition with photographs of an actual model, Olaf has succeeded in skilfully conveying Alexander’s character traits and his handsome features. 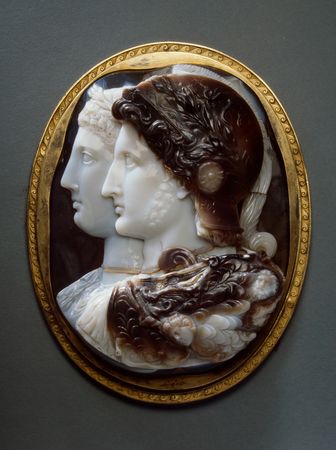 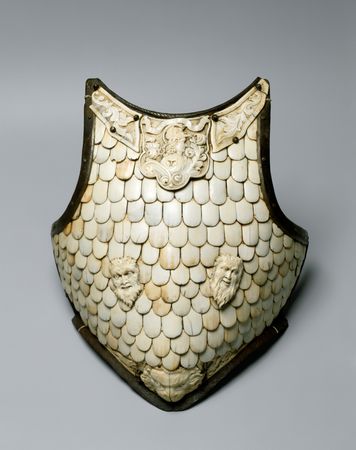