WASHINGTON, DC.- The bizarre yet scientifically accurate composite heads painted by Giuseppe Arcimboldo (1526–1593) will be exhibited together for the first time in the United States, at the National Gallery of Art, Washington, from September 19, 2010 through January 9, 2011. Arcimboldo, 1526-1593: Nature and Fantasy includes 16 of the most spectacular of these paintings of heads composed of plants, animals, and other objects. They are joined by 32 additional works, such as drawings by Leonardo da Vinci and Albrecht Dürer, small bronzes, illustrated books and manuscripts, and ceramics, to provide a context for Arcimboldo’s inventions, revealing his debt to established traditions of physiognomic and nature studies.

Arcimboldo, 1526-1593: Nature and Fantasy was selected in part from a larger exhibition held at the Musée du Luxembourg, Paris, and the Kunsthistorisches Museum, Vienna, in 2008. After Washington, the exhibition will be on view at the Palazzo Reale, Milan—Arcimboldo’s birthplace—from February 27 through May 8, 2011.

"From his own time as a court painter in 16th-century Prague and Vienna to his rediscovery by 20th-century surrealists, Arcimboldo has been famous for these extraordinary heads," said Earl A. Powell III, director, National Gallery of Art. "The Gallery is honored to be the only institution in the United States to host this exhibition and we are thankful to the many lenders, both public and private."

Painted singly or in a series, the heads are composed of imaginative combinations of fruits, vegetables, flowers, and other objects appropriate to the themes Arcimboldo depicted, such as the Four Seasons and the Four Elements (Earth, Air, Fire, and Water). Highlights of Arcimboldo, 1526–1593: Nature and Fantasy include the complete series of paintings of the Four Seasons (Spring, Summer, Autumn, and Winter) from the Louvre, two Seasons and two Elements from the Kunsthistorisches Museum, as well as heads portraying various professions constructed from materials that signify those occupations. Also featured are several of the artist’s so-called "reversible" paintings, such as The Vegetable Gardener (c. 1590), where a bowl of vegetables turned upside-down becomes the image of a gardener. In the exhibition space, mirrors are installed beneath these paintings so that visitors can experience the Arcimboldo effect.

Although he worked for some 25 years as a court artist for two emperors, painting portraits and making designs for costumes, pageants, and festivals for his patrons, Arcimboldo is best known for his paintings of composite heads. The meaning of the heads has been much debated. Contemporaries referred to them as scherzi (jokes), as they were intended to be clever and amusing. At the same time they contain serious investigations of nature. In addition, the complex imagery of the heads, the imperial patrons for whom they were made, and the clear propagandistic function they had, in the form of copies disseminated throughout Europe, suggest their role as political allegories.

Providing a context for Arcimboldo’s paintings are Helmet in the Form of a Dolphin Mask (1540/1545) by the Milanese armorer Giovanni Paolo Negroli from the Gallery’s own collection, as well as pieces of colored earthenware with nature motifs by Bernard Palissy. Two groups of drawings, selected from the Gallery’s collection, offer further context: one represents nature studies, like Arcimboldo’s, by artists such as Dürer, Joris Hoefnagel, Hans Hoffmann, and Jacopo Ligozzi; the second presents grotesque heads by Leonardo and his pupil Francesco Melzi, both Arcimboldo’s predecessors in Milan.

Giuseppe Arcimboldo was born in Milan in 1526, the son of a painter named Biagio, and was active there before moving to Vienna, the seat of the Holy Roman Empire, in 1562. He was appointed court painter and portraitist to Maximilian II, who became emperor in 1564. After the emperor’s death in 1576, Arcimboldo was retained by Maximilian’s son and successor, Rudolf II. When the imperial residence was moved from Vienna to Prague in 1583, the artist emigrated there as well.

In 1585 he began petitioning to return to his homeland, a request that was granted in 1587. Arcimboldo, then 61 years old, returned to Milan, though he had not yet been released from his service to Rudolf II. The artist continued working on paintings for the emperor as well as on other commissions, and in 1592 Rudolf II appointed him a Palatine count. Arcimboldo died the following year. 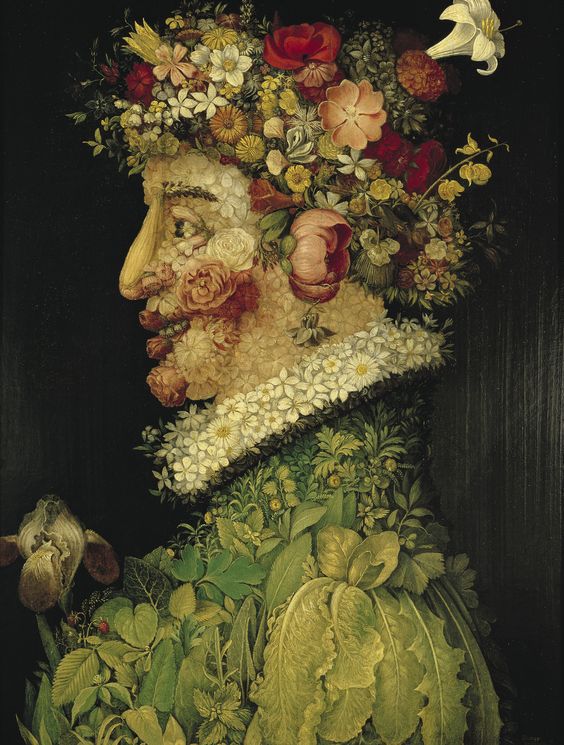 Copy by Arcimboldo of the Four Seasons as a gift to Augustus, the elector of Saxony 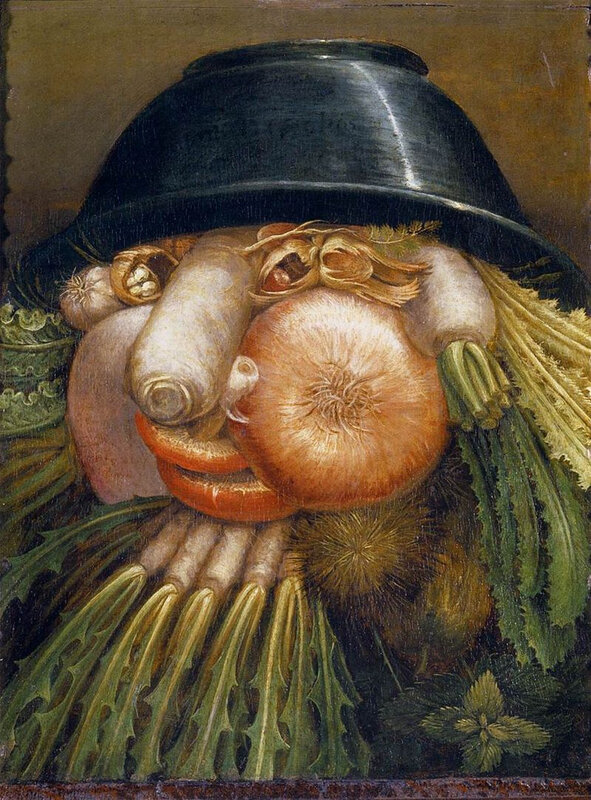 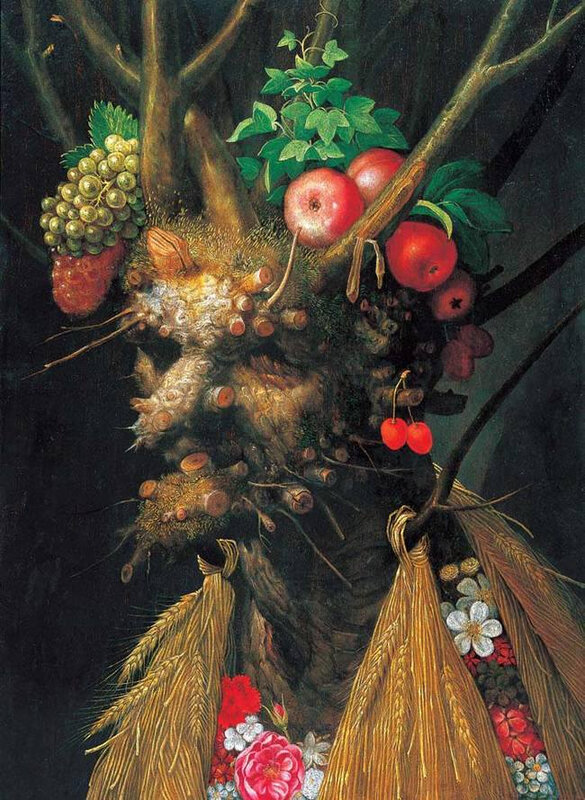