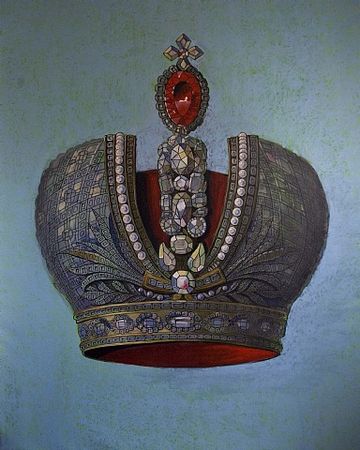 For whether beauty, birth, or wealth, or wit,
Or any of these all, or all, or more,
Entitled in thy parts do crowned sit,
--Shakespeare, Sonnet 37

The Salamatina Gallery is pleased to present the first solo exhibition in America by the Russian artist, Yana Lande. Featured will be the artist’s most recent series of large-scale paintings in which a single object, in this instance a crown, is presented in rich and expressive detail. The show will open with a champagne reception on Wednesday, November 3 from 6:30 – 9:30 p.m. and will remain on view until Sunday, January 30, 2011. "A crown is a powerful emblem in all cultures,“ states Lande. “For me, it represents uniqueness and that which is positive, solid and good. A crown is a collective symbol for the best in human spirituality and achievement, from financial success to athletic victory, social and political status, or religious sainthood. ” Whether used in an allegorical, metaphysical or ceremonial sense, a crown is a coveted yet ethereal object. Lande’s crowns command attention, as they illuminate each canvas with prismatic hues, reflecting the rhythm, perspective and color of Matisse. Half real and half imaginary, these crowns are inspired by illustrations from the Encyclopedia by Brokgauz-Efron, which was published in Saint Petersburg in the early 20th century. Lande also cites Shakespeare as a touchstone, whose Sonnets 37 and 107 reflect her mood while executing The Crowned series. 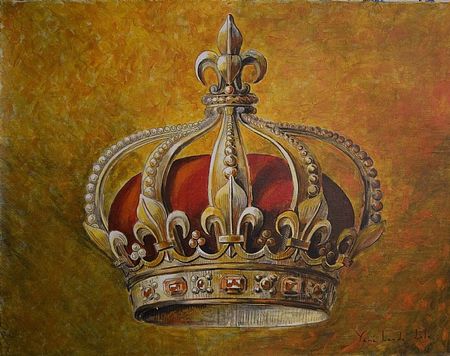 As a painter, Lande is known for concrete subjects. Her past works have focused upon such prosaic or decorative objects as plastic bottles, teacups and teapots, chairs and chandeliers, which she transforms into graceful meditations on figure and ground, linked through skill and imagination to the milestones in her life. “This series is a continuation of everything I have done before,” Lande comments. “If the chair symbolizes earth and being grounded, the chandelier stands for sky/heaven and aspiring towards higher things. The crown is a confluence of these themes because it represents a permanent and exalted symbol in a transient and chaotic world. In many ways, the crown embodies my state of being at this moment … my happiness, equilibrium, and truth.”

Born in Odessa in 1979, Yana Lande graduated with honors from Odessa Art Academy. She continued her studies at the renowned Saint Petersburg State Theater Arts Academy and the Institute of Cinema and Television in Saint Petersburg. Lande’s first solo exhibition, Anthem & Ode, was in 2008 at the Vostochnaya Gallery in Moscow. The show was an immediate success and the Guggenheim Museum in New York acquired half of the works at the opening. In 2009, Lande held another solo exhibition, URBAN ODES, at Vostochnaya Gallery, as well as one entitled The Chandelier of Justice at the Kiev Museum of Russian Art. She has participated in many group shows, including the Third Moscow Biennale and Art Moscow fair in 2008, 2009 and 2010. Her works are included in the permanent collections of the Solomon R. Guggenheim Museum and the Kiev Museum of Russian Art, as well as in numerous private collections. 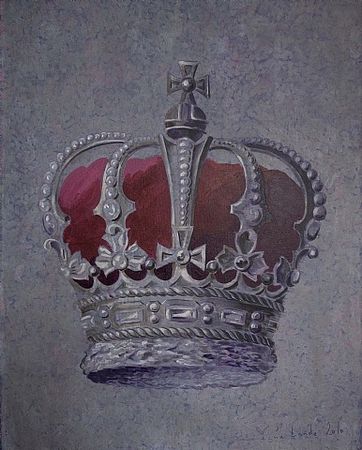