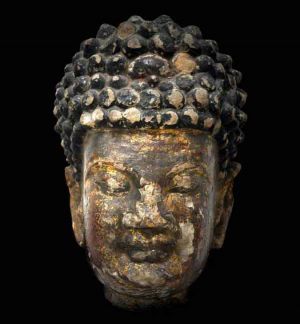 WALES.- Visitors to National Museum Cardiff in the New Year will have an exclusive opportunity to see a unique exhibition of ancient rock carvings from China - sculptures which have never before been seen outside China. From Steep Hillsides: Ancient Rock Carvings from Dazu, China will be exhibited from Wednesday 26 January to Sunday 3 April 2011.

The steep hillsides of the Dazu World Heritage site near Chongqing contain an exceptional series of rock carvings dating from the 9th to the 13th centuries. The carvings comprise some 50,000 figures in total, and are remarkable for their aesthetic quality, their rich diversity of subject matter, both secular and religious, and the light that they shed on everyday life in China during this period.

This free exhibition - From Steep Hillsides: Ancient Rock Carvings from Dazu, China – and celebrations and events surrounding it, have been made possible through the support of several organisations including the Welsh Assembly Government, Chongqing Culture Bureau, The British Council, Cardiff University Confucius Institute, Cardiff Council and Cardiff & Co.

It contains superb examples that have become detached from their original setting, along with accurate replicas of some of the most important sculptures still in situ and dramatic large-scale images, to give some idea of what it is like to visit these spectacular places. Dazu is a real treasure house of Chinese art history and an important expression of Buddhism, Daoism and Confucianism, as well as a fascinating insight into Chinese daily life.

“Dazu rock carvings are some of China’s greatest cultural treasures from a golden period of Chinese art. I have visited Chongqing myself and have seen these carvings in situ - an unique experience in itself,” said David Anderson, Amgueddfa Cymru – National Museum Wales’s Director General.

“Hosting their first appearance outside of China is a privilege not just for the Museum but for Wales. I am confident this will be a popular exhibition and hope this is the beginning of a successful relationship between us and the Chongqing Culture Bureau.”

Carwyn Jones, First Minister of Wales, will officially welcome guests from China at the launch of the exhibition held at National Museum Cardiff. He said:

“I’m pleased that these sacred rock carvings are coming to Wales and that National Museum Cardiff is the only secured venue for this important exhibition before it returns to Dazu. This exhibition further strengthens our cultural relationship with the Chongqing municipality in China. We have much to offer each other and this will be a fantastic start to the year for Amgueddfa Cymru. “

“Wales is such a place that is steeped in history and cultures, and the rich historical and cultural deposits embedded with her are exactly why we choose National Museum Wales, Cardiff to host the first appearance of Dazu Rock Carvings Art outside of China,” said Li Fangyin, curator of Art Museum of Dazu Rock Carvings, Chongqing,

“As a world cultural heritage, Dazu Rock Carvings should not only be taken as a treasure for local people of Dazu, but should also be recognized as a cultural property of the whole world, and both the artistic and historical value should be shared and appreciated by world people. I firmly believed that visitors will like this exhibition, and it will be successful and memorable, because it is organized by such an excellent museum in such an amazing city. Meanwhile, I appreciate the widespread concerns for this exhibition from all circles of Wales society. And I, on behalf of Art Museum of Dazu Rock Carvings, Chongqing, am particularly grateful to the support from the Welsh Assembly Government, the British Council, Cardiff University Confucius Institute, Cardiff Council and Cardiff & Co.” 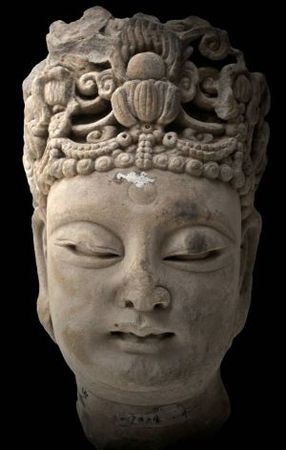