NOTE: Accompanied by AGL report no. CS 43070 stating that the ruby is of Burmese origin, enhancement: heat. 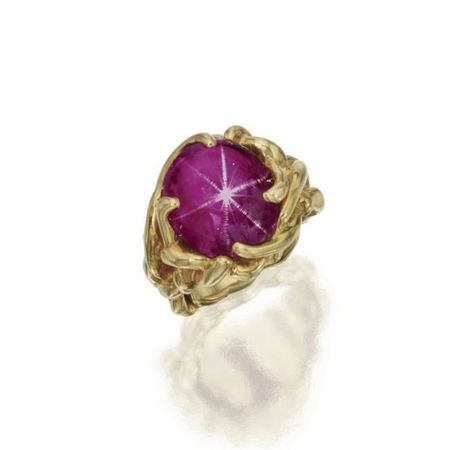 NOTE: In a 1974 letter written to Mr. Dietrich, Kenneth L. Van Atten, then Executive Vice President of Cartier, states 'The natural star ruby in which you are interested weighs 16.16 carats and the lovely color and clear star make it a stone of rare beauty. The ruby was originally sold by Cartier in the 1920s to Mr. E. H. Augustus. Recently it was re-purchased by us from this important estate along with various other items of jewelry. Gem quality rubies have always been scarce but since World War II they have become even more so, adding extra value and prestige to the one who can count such a ruby among his possessions. I am of the opinion that the star ruby is a Burma ruby.' NOTE: Accompanied by AGL report no. CS 43071 stating that the ruby is of Burmese origin, heat enhancement: none. 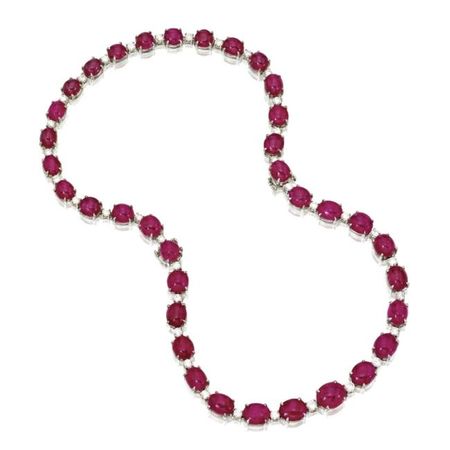 The body set with round rubies and emeralds, the head and tail enhanced with round diamonds and completed by round sapphire eyes, mounted in 18 karat white and yellow gold, signed Dessin, Paris. Est. 4,000—6,000 USD. Lot Sold 10,625 USD 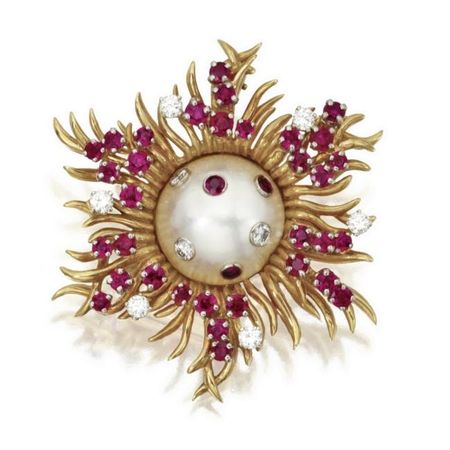 Of sunburst design set in the center with a mabé pearl, accented by round diamonds weighing approximately .95 carat, and numerous round rubies, signed Tiffany, Schlumberger. Est. 6,000—8,000 USD. Lot Sold 8,125 USD