LONDON.- This spring the V&A opened the first UK solo exhibition celebrating the life and work of Yohji Yamamoto, one of the world's most influential and enigmatic fashion designers. This installation-based retrospective, taking place 30 years after his Paris debut, features over 80 garments spanning Yamamoto’s career. The exhibition explores the work of a designer who has challenged, provoked and inspired the fashion world Yamamoto’s visionary designs are exhibited on mannequins amongst the treasures of the V&A. Placed in hidden corners of the Museum, the silhouettes creates a direct dialogue between Yamamoto’s work and the different spaces in which they are displayed. Items are found on the British Galleries Landing, in the Norfolk House Music Room and looking out onto the John Madejski Garden from an alcove in the Hintze Sculpture Galleries. Other pieces are sited in the Paintings Gallery, amongst the museum’s Ceramics collections and within the Tapestry Gallery. 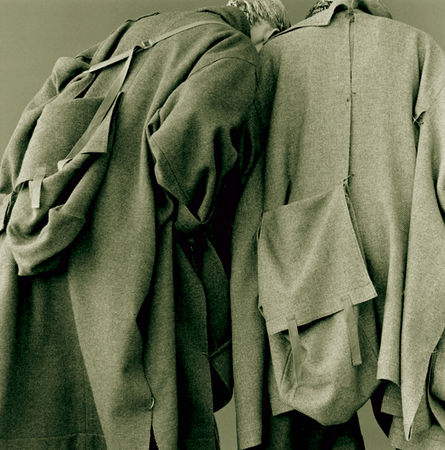 The exhibition has been designed by Yamamoto's long-time collaborator, scenographer and lighting designer Masao Nihei. The main exhibition space sees over 60 garments from Yamamoto’s womenswear and menswear collections accompanied by a mixed-media timeline showing excerpts from his fashion shows, films and performances, graphic material and select photographs which contextualise his career. Following Yamamoto’s previous solo exhibitions in Florence Correspondences (2005), Paris Juste des Vêtements (2005) and Antwerp Dream Shop (2006), this UK retrospective exhibits items from his menswear collections for the first time. 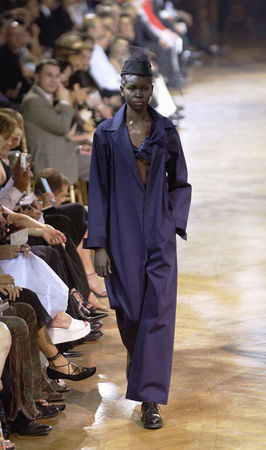 Yohji Yamamoto was born in Tokyo in 1943 and studied at Keio University then Bunka Fashion College, by 1972 he set up his own company Y’s Incorporated. From the start of his career Yamamoto’s work was recognised for challenging the conventions of fashion. The asymmetric cuts and seemingly unflattering curves of his early work contradicted the close-fitted styles of the catwalks and he has refused traditional norms of fashion ever since. Yamamoto’s designs have rewritten notions of beauty in fashion, and the playful androgyny of his work creates new modalities of gender identity. His collections are recognised for subverting gender stereotypes and have featured women wearing garments traditionally associated with menswear. Included in the exhibition will be menswear items from the Autumn/Winter 1998 season which was famously modelled on women. 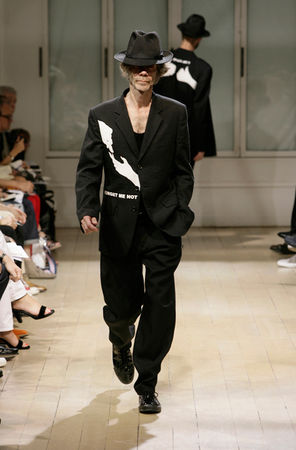 Yamamoto's fabrics are central to his design practise and are a trademark of his work. Supporting craftspeople in and around Kyoto, his textiles are created to specification often employing traditional Japanese dyeing and embroidery techniques such as Shibori and Yu-zen. The selection of works on show will give visitors the opportunity to study examples of Yamamoto’s application of traditional Japanese techniques. 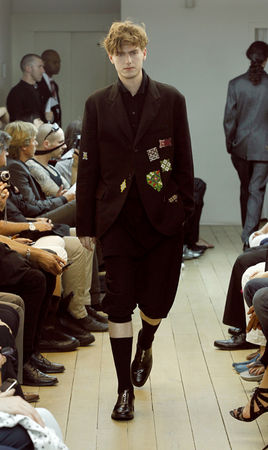 The exhibition also records the breadth of some of Yamamoto’s key collaborations achieved through his career. Partnerships with fashion photographer Nick Knight, graphic designer Peter Saville, art director Marc Ascoli and M/M (Paris), choreographer Pina Bausch and filmmakers Takeshi Kitano and Wim Wenders amongst many others, are represented by a mixed-media timeline in the main exhibition space, and demonstrates an important, creative dialogue which flows through his work. With respect to the catalogues and iconic images they produced for Yohji Yamamoto in the late 1980s, Peter Saville art directs the exhibition identity, publicity and catalogue working with Nick Knight to create imagery and YES Studio on graphic design. As part of the retrospective, Yamamoto's work stretches further across London with exhibitions at the Wapping Project sites, at both Bankside (11 March to 14 May 2011) and Wapping (11 March to 10 July 2011). 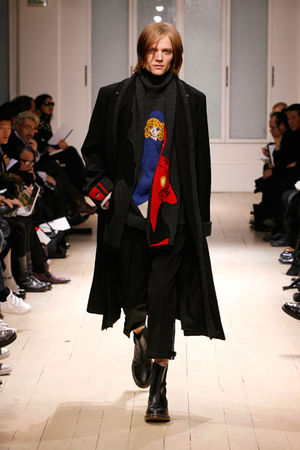 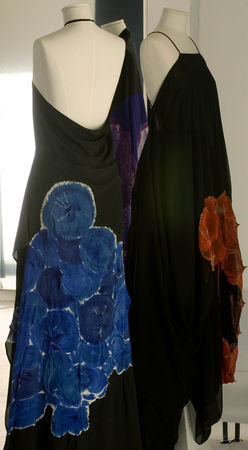 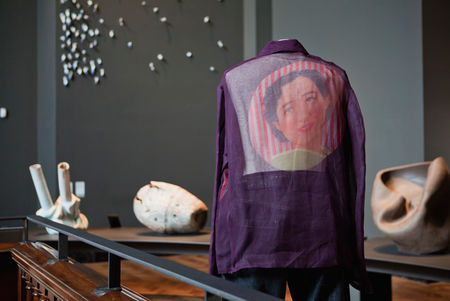 Yohji Yamamoto Satellite display in the Contemporary Ceramics gallery at the V&A, 2011.