Antiquity Revived: Neoclassical Art in the Eighteenth Century at the MFA in Houston

Antiquity Revived: Neoclassical Art in the Eighteenth Century at the MFA in Houston 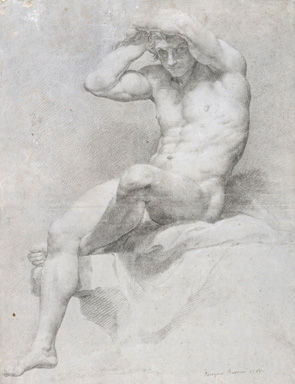 HOUSTON, TX.-At the end of the 18th century, fresh archeological finds in Herculaneum and Pompeii inspired artists, intellectuals, and the public all over Europe to be newly fascinated with antiquities. “Neoclassicism” is the term given to the various classicizing movements that developed in the late 18th to early 19th centuries and influenced fine arts, decorative arts, and architecture from Rome to Paris and from London to Saint Petersburg. Influenced by Enlightenment thinkers, the French Revolution, and Napoleon’s rise to emperor, as well as the excavations that made antiquities popular, Neoclassicist artists responded to societal trends by reviving the simple designs and restrained ornament of ancient Greek and Roman art.

Antiquity Revived: Neoclassical Art in the Eighteenth Century presents a sweeping survey of works by both the best-known Neoclassical artists and those unfamiliar to most Americans. Nearly 150 objects will be on view, from paintings and sculptures to prints, drawings, and furniture. Prestigious loans in the exhibition are culled from major museum collections: the Metropolitan Museum of Art, the J. Paul Getty Museum, the Musée du Louvre, the National Galleries of Scotland, the British Museum, and the National Gallery of Art in Washington D.C. Antiquity Revived is also enriched by the MFAH’s own collections, including objects from the house museums for decorative arts, Bayou Bend and Rienzi.

Antiquity Revived is organized by Edgar Peters Bowron and Helga Aurisch, the MFAH’s European art curators, in association with the Musée du Louvre, Paris. It will be on view in Houston March 20 through May 30, 2011 in the Audrey Jones Beck Building.

“This tour-de-force exhibition reveals the grandeur and beauty of a wide variety of Neoclassical works, all demonstrating the artistic principles of harmony, simplicity and proportion,” said MFAH interim director Gwendolyn H. Goffe. “The exhibitionis sure to delight scholars and fans of the classical ideal, and will provide a wonderful introduction to the uninitiated.”

A number of forces were at work as the 18th-century public experienced a collective nostalgia for antiquities. Enlightenment thinkers like Diderot, Voltaire, and Rousseauwere promoting ideals of moral goodness, rationalism, reason, and order in the world—ideals derived from the Greco-Romans—and artists began to reflect these values in their subject matter. In parallel, archaeological expeditions were unearthing fresh discoveries at the perfectly preserved sites of Herculaneum and Pompeii, exciting Europeans to appreciate the ancient past. Cultured cognoscenti traveled the continent on the Grand Tour, often visiting museums, churches, and monuments and viewing these antiquities first-hand, and the publication of large-format, illustrated books further provided access to the artistic models of the past. Artists found inspiration in the splendor of the buried world and in the writings of the great philosophers of their time and reacted against the excess and flourishes of the Rococo style by emulating the great works of the Renaissance. Antiquity Revived: Neoclassical Art in the Eighteenth Century examines early efforts of stylistic reform, how the renewal of classical taste found its roots in ancient sources, and how artists in a variety of disciplines forged an imaginative, classical style that satisfied the needs of their own age.

“Although the word ‘neoclassicism’ was not in vogue at the time, the fervor for classicizing and antiquities infused almost everything and the exhibition illustrates this gradual but definitive unfolding of taste,” said Edgar Peters Bowron. “While the educated public of the 18th century would have been familiar with the themes and implications of the tales illustrated in so-called neoclassical works, this is not the case with museum audiences today, so the exhibition will be rich with didactic labels and wall texts.”

A highlight of the exhibition, on loan from the Toledo Museum of Art, will be Jacques-Louis David’s painting, Oath of the Horatii: a smaller version of the original that was first shown to great success at the 1785 Salon and became one of the most famous paintings in the world. David portrays the scene from the histories of Livy and Plutarch, when three brothers vow to protect Rome against invaders. The depiction of civic virtue, honesty, and austerity became common themes of this genre and the severe composition and cold colors reflect the subject matter.This 1786 version was ordered by the Comte de Vaudreuil (depicted in the exhibition in a portrait by Elizabeth-Louise Vigée-Lebrun) and is nearly identical to the original, except that the artist added a staff with a cleft end holding wool near the feet of the women.

The work of celebrated Italian sculptor Antonio Canova will also be on view. On loan from the Getty is the stunning marble Apollo Crowning Himself (1781–82), which is Canova’s earliest Roman work in marble. Commissioned during the artist’s second visit to Rome in the spring of 1781 by Prince Abbondio Rezzonico, the half-life-size work is a study in classical pose and proportion—particularly the figure’s contrapposto stance. Canova derived the details of his representation of the god Apollo from Ovid’s Metamorphoses (Book I, 557–59), in which Apollo laments the loss of the nymph Daphne, who has been transformed into a laurel tree to escape his advances. Canova’s depiction of a poignant, introspective scene just after a climactic moment is characteristic of the artist’s work.

Other artists represented in the exhibition include Robert Adam, Pompeo Batoni, Edmé Bouchardon, Jean-Antoine Hudson, Anton Raphael Mengs, Giovanni Paolo Panini, Giovanni Battista Piranesi, Joseph Wright of Derby, and many more. Approximately 50 paintings, 30 sculptures, and 40 prints and drawings will be on view, as well as furniture and decorative arts. 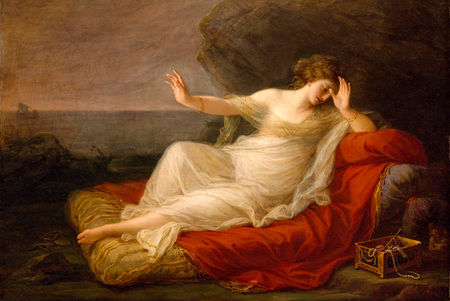 Jacques-Louis David, Oath of the Horatii, 1786, oil on canvas, lent by the Toledo Museum of Art; purchased with funds from the Libbey Endowment, gift of Edward Drummond Libbey. 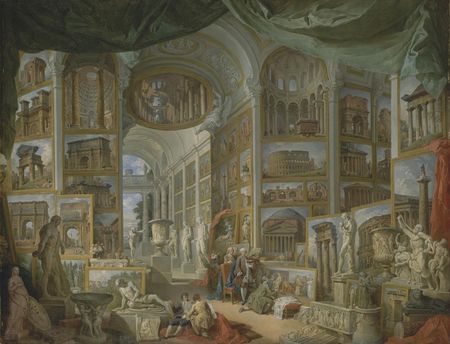 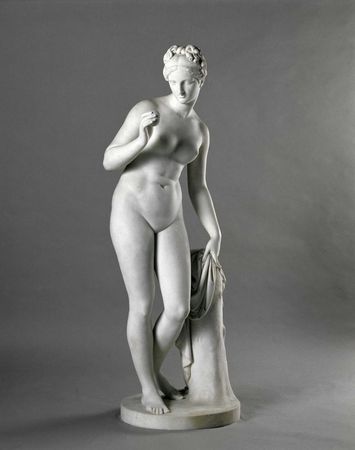 Commentaires sur Antiquity Revived: Neoclassical Art in the Eighteenth Century at the MFA in Houston