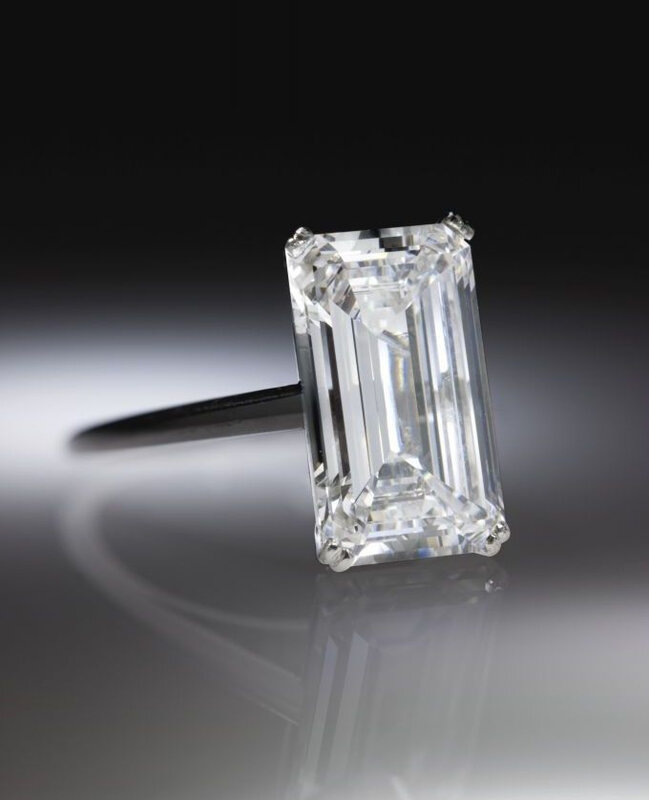 PARIS.- Christie’s Jewels Department will offer a beautiful rectangular-cut diamond ring weighing 5.1 carats (estimate: €70,000-100,000) in Paris on May 23rd. This ring belonged to Gloria Swanson, the American actress, who was a superstar of the silent movies and critically acclaimed for her role in the Hollywood classic Sunset Boulevard (1950).

By the mid-1920s Swanson was the highest paid actress in Hollywood. It was reported that she made and spent over $8 million in the alone. Her studio contract required her to wear the latest clothes and jewelry whenever she appeared in public, at her own expense. Gloria’s personal taste in jewelry was so extravagant that she hardly needed this directive; it is believed that her annual jewelry budget was $500,000. Sometimes credited with starting the fashion for wearing colorful jewelry, she wore an important emeralds, amethyst and gold necklace by Paul Iribe in the movie Affairs of Anatole (1922).

Gloria Swanson was always chosen to play the typical sentimental lady; a role which was very fashionable at the time. Her first important role was in Don’t Change Your Husband, 1919, by Cecil B. DeMille. She played six roles in as many movies directed by DeMille, all of which were hugely successful.

In 1925, Swanson was in France filming to play in Madame Sans-Gêne, a movie directed by Léonce Perret, her third husband’s friend, the marquis Henry de la Falaise.

She went on to become a Producer and her second movie Sadie Thompson (1928), in which she plays the main character, became a commercial success resulting in her first nomination as best actress. Throughout her career (date ?1919? -1974), Gloria Swanson earned three Academy award nominations.