Woodcuts: Collection from Albrecht Dürer to Tal R @ the National Gallery of Denmark

Woodcuts: Collection from Albrecht Dürer to Tal R @ the National Gallery of Denmark 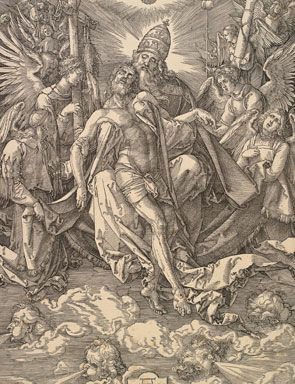 COPENHAGEN.- While the world is experiencing an ever-increasing influx of new media, the Royal Collection of Graphic Art directs attention to one of the oldest mediums around. A medium, moreover, which remains very much alive and continues to attract the attention of the most innovative strata of contemporary art.

The spring exhibition at the Royal Collection of Graphic Art at the National Gallery of Denmark provides a comprehensive introduction to the technique and functions of woodcut. Woodcut is the oldest known graphic technique, and the exhibition homes in on the most significant periods in the history of the medium. Featuring more than 100 specially selected works from the Collection of Graphic Arts, the exhibition shows a range of rarely seen prints by lesser-known artists alongside works by some of the leading figures within art history, including Dürer, Altdorfer, Titian, Gauguin, Kandinsky, Nolde, Jorn, Baselitz, and Tal R.

Focusing on highlights
The exhibition addresses the development of woodcut from medieval times to the present day. It does not, however, present the full chronology of woodcut; rather, it places special emphasis on those periods where woodcut played a prominent part among the vanguard of art. The first period dates back to the late 15th cen-tury where woodcut began to move away from the simple, plane-oriented idioms of the Middle Ages towards the more three-dimensional and highly complex mo-tifs of the Renaissance. After the 16th century developments within woodcut ground to a halt, prompting the exhibition to jump ahead in time to the 19th century, which yet again saw major developments within the technique: A variant of woodcut – wood engraving – is invented, and early Modernists adopt woodcut and take it in new, groundbreaking directions. The exhibition unfolds those two periods before our eyes, using them as a springboard to point ahead to an artist who represents the woodcut of our own time: Tal R.

A new approach
The underlying premise of the exhibition is unconventional in the sense that it highlights the medium itself rather than specific artists or themes from art history. It reveals the many functions served by woodcut through the ages. In addition to many works that were conceived as works of art from the very outset, the exhibition also shows examples of woodcuts intended for propaganda, book illustrations, documentation, and wallpapers. At the same time, the exhibitions places as much emphasis on technique and process as on the final work. From Holbein’s delicate, painstakingly accurate lines on tiny sheets measuring only 4 cm² to Titian’s simpler, more expressive idiom that could expand for yards. With this approach, the exhibition aims to provide an experience that is rooted in the work, showcasing woodcut’s formal potential and endless scope.

Magnified and moving images – watching woodcuts and Tal R
Virtuoso skill and an overwhelming wealth of detail are characteristic features of woodcut as an art form. Reflecting this, the exhibition places magnifying glasses at the visitors’ disposal, thereby allowing visitors to study the delicate lines in minute detail. The Gallery has also produced two new films for the exhibition, directing further attention to the technical aspect of the medium. Through inter-views and footage that records his working process, the films follow the artist Tal R as he works on all-new works for the exhibition. The films are also available at www.smk.dk.

Graphic workshop
In connection with the exhibition the Gallery has set up a graphic workshop that includes a printing press and all the tools and materials necessary to create woodcuts. Here, children and adults can try their hand at the art themselves – either before or after visiting the exhibition and with expert guidance from resident artists. 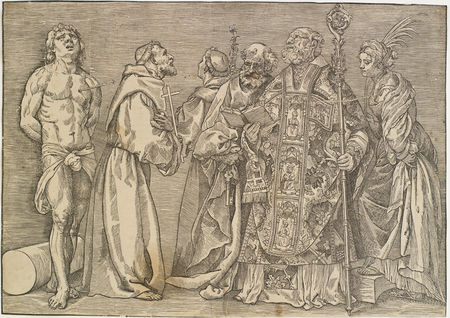