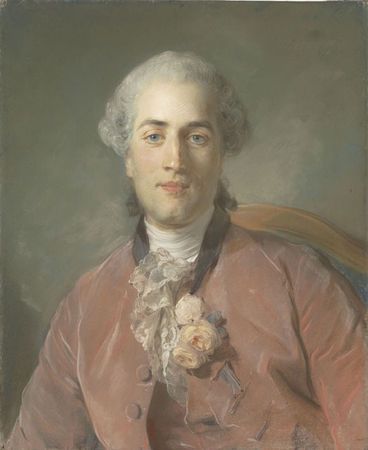 NEW YORK, N Y.- Pastel quite suddenly became popular throughout Europe in the 18th century, so much so that, by 1750, some 2,500 artists and amateurs were working in pastel in Paris alone. Portraits in pastel were commissioned by all ranks of society, but most enthusiastically by the royal families, their courtiers, and the wealthy middle classes. Although pastel is a drawing material, 18th-century pastel portraits are often highly finished, quite large, brightly colored, and elaborately framed, evoking oil paintings, the medium to which they were invariably compared. The powdery pastel crayons are particularly suited to capturing the fleeting expressions that characterize the most life-like portraits.

Pastel Portraits: Images of 18th-Century Europe—on view at The Metropolitan Museum of Art through August 14, 2011—features about 40 pastels from the collections of the Metropolitan Museum and other museums, and from private collections in Boston and New York. At the core of the exhibition is a group of French works, and the Italian, Swiss, German, and English schools are also represented.

Pastels are susceptible to fading if overexposed to light, and they are vulnerable to damage from excessive vibration, which can loosen the powder. As a practical consequence, they can only be shown on a rotating basis, rarely travel, and are therefore infrequently exhibited. Pastel Portraits gives visitors the unusual opportunity to view these exquisite works in a museum exhibition, which includes loans from the Princeton University Art Museum and the Yale Center for British Art, New Haven, as well as from the Frick Collection, Pierpont Morgan Library, and New-York Historical Society, New York, and several private collections.

Pastel Portraits begins with Gustavus Hamilton (1710-46), Second Viscount Boyne and the beautiful Young Woman with Pearl Earrings by Venetian artist Rosalba Carriera, who became a favorite of Grand Tourists in Italy and who visited Paris to acclaim in 1720. It features a number of important pastels by Maurice Quentin de La Tour and Jean Baptiste Perronneau, two of the outstanding artists working in this medium in mid-18th-century Paris. Among the highlights of the exhibition are La Tour's Jacques Dumont le Romain (1701-81) and Charles Louis Auguste Fouquet (1684-1761), Maréchal de France; Perronneau's Olivier Journu (1724-64); Adélaïde Labille-Guiard's Madame Elisabeth de France (1764-94), the sister of Louis XVI, a recent gift to the Metropolitan Museum; Jean Étienne Liotard's Young Woman in Turkish Costume with a Tambourine, and John Russell's John Collins of Devizes. The popularity and appeal of pastel in the 18th century reached as far as Boston, where John Singleton Copley, who was self-taught and had never seen an important European work in the medium, created exceptional portraits. Two Copleys, also recently acquired by the Metropolitan Museum, are on view. 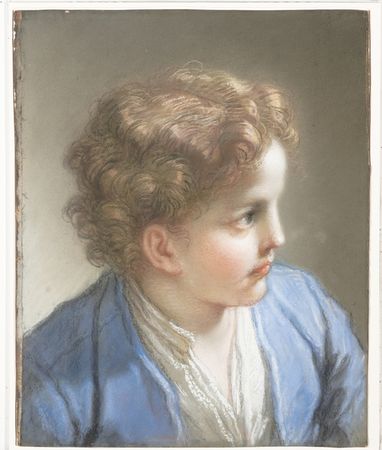