First International Exhibitions Announced for National Museum of Scotland in 2012

First International Exhibitions Announced for National Museum of Scotland in 2012 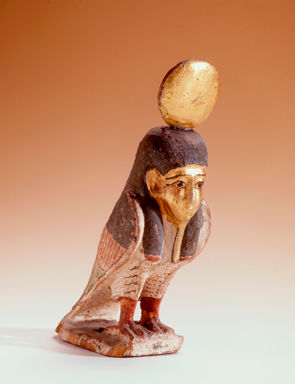 EDINBURGH.- Ancient Egyptians and a Russian Empress come to Scotland in 2012 as the first attractions in the redeveloped National Museum of Scotland’s new exhibition space.

The first major new shows scheduled will be Fascinating Mummies from the National Museum of Antiquities in Leiden , the Netherlands and Catherine the Great, a new exhibition co-developed by the State Hermitage Museum in St Petersburg , Russia and National Museums Scotland .

The transformed Museum will open on 29 July following a major £46.4 million redevelopment. A key element of the project is a purpose-built 650 square metre exhibition space. The programme of international blockbuster exhibitions planned are expected to attract audiences from across Scotland , the UK and overseas.

For many, this programme will be a once in lifetime opportunity to see these internationally significant exhibitions. The Museum will be the only UK venue for Fascinating Mummies and Catherine the Great is a one-off exhibition showing only in Edinburgh .

Fascinating Mummies will explore the complex rituals surrounding death and afterlife in Ancient Egypt. This unique exhibition will feature treasures from the National Museum of Antiquities in Leiden , world famous for its Egyptology collections.

Catherine the Great will showcase the truly spectacular collections of one of Russia ’s most successful rulers, and mark the 250th anniversary of her ascension to the throne. It also marks the longstanding connections between Scotland and Russia . The exhibition is sponsored by Baillie Gifford.

Dr Gordon Rintoul , Director of National Museums Scotland commented, “We are delighted to announce the first two exhibitions in the programme of international shows for our new special exhibitions space. This is the beginning of a major new initiative developed through our growing links with museums around the world.

“I know Fascinating Mummies will prove a huge draw for visitors, with remarkable displays of Egyptian material from the National Museum of Antiquities in Leiden . We also continue our partnership with the world renowned State Hermitage Museum , St Petersburg with an outstanding exhibition on the life of Catherine the Great which will display many of the great treasures she amassed from around Europe . This will be the only showing for a truly spectacular exhibition featuring objects from Russia ’s Golden Age.”

Fascinating Mummies will explore the complex rituals surrounding death and the afterlife in Ancient Egypt. This unique exhibition will feature treasures from the National Museum of Antiquities in Leiden , world famous for its Egyptology collections.

Ancient Egypt has intrigued and fascinated travellers and scholars for centuries. The first part of the exhibition explores the complex rituals surrounding death and afterlife in this ancient civilisation. The concept of dying only to be born again demanded the body be preserved. Over centuries the ancient Egyptians perfected the art of mummification. Through objects discovered in graves and tombs this fascinating subject will be explored and explained. While these artefacts reveal much about the past they are only part of the story. It is the mummies themselves that offer an insight into how people lived and died in ancient Egypt .

The second part of the exhibition looks at how over time scholars, archaeologists and scientists have set about obtaining this information. While much data could be recovered from the inscriptions on coffins, early attempts to extract further information from the mummy meant un-wrapping it; a process that was invasive and destructive. Non-invasive techniques such as x-rays and scanning now mean that mummies can be examined without disturbing the body. Techniques such as facial reconstruction literally bring the visitor face to face with the past.

Key to the exhibition is the fascinating story of Ankhhor, a high priest of Thebes who lived around 650 BC. Info rmation on his mummy and coffins has been drawn from a variety of sources which has provide an extraordinary amount of information about him; from his discovery in the early 19th century to the new data acquired recently from body scans. Ankhhor’s story presents us with a fascinating glimpse into life and death in Ancient Egypt.

In addition to the fantastic material from Leiden , National Museums Scotland will include several of their own mummies and coffins which will contribute to a spectacular timeline and reveal further information from new scientific investigation as well as contributing to the section on scientific research.

This fascinating exhibition invites the visitor to journey into the world of ancient Egyptian burial rituals. It will enhance the visitors understanding of the Ancient Egyptian’s belief in the afterlife and showcase the work of archaeologists and scientists who help unlock the past
Catherine the Great will continue National Museums Scotland ’s highly successful partnership with the State Hermitage Museum , St Petersburg . The exhibition coincides with the 250th anniversary of Catherine’s accession to the throne in 1762. Catherine reigned for 34 years and transformed Russia . She increased the size of the country, brought in many reforms, built palaces, major buildings and towns, and amassed one of the world’s great art collections, which today forms the basis of the State Hermitage Museum .

Catherine’s reign will be explored through her spectacular collection, which vividly reflects her interests and achievements. The exhibition will include superb French silver and ceramics, important paintings acquired from France and England , imperial court costumes and uniforms, and many of the finest examples of porcelain, metal and polished stone ever made in Russia .

Some of the objects have never been on display before outside Russia and include a newly restored full-length portrait of the Empress in her coronation robes by the court painter Virgilius Eriksen. Magnificent jewelled snuffboxes will give visitors a fascinating glimpse of the dazzling wealth and magnificence of the Russian court.