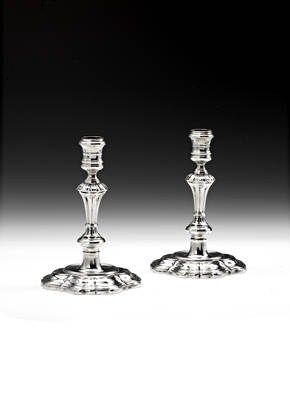 with gadrooned rims, detachable square nozzles and openwork capitals, the base engraved with a crest, loaded, height 31.5cm. Sold for £6,600
Note: The crest recorded 2 May 1580 in the College of Arms for PENNANT of Downing, Flintshire and used by PENNANT of Penrhyn Castle, co. Carnarvon. The original Penrhyn Barony was created in 1783 but became extinct in 1809 before the present creation was made in 1866 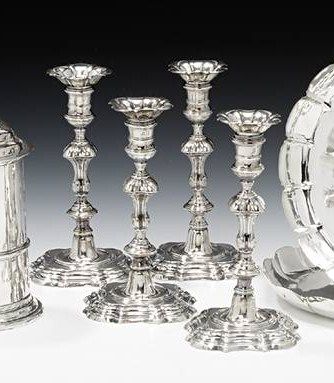 Note: This crest is recorded for ADAMSON of Newcastle on Tyne, and for CORBREAKE and for WHITEHEAD. Note: The crest recorded in 1900 for ANDREWS, COLQUHOUN, LEITH, NORCLIFFE, RAIKES, SEMPILL and over 100 further names.