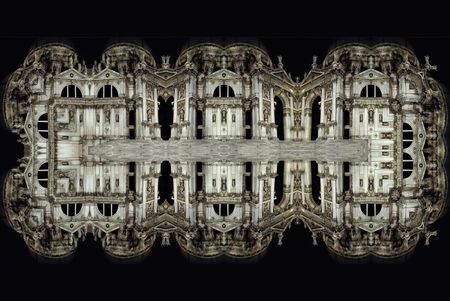 LONDON.- Fourteen leading international artists have donated major photographic works of Venice to be sold at auction in aid of Venice in Peril on 3 November 2011 at Phillips de Pury & Company, London. The artists were invited to photograph Venice to create a collection of new images of the city as part of the Real Venice project, which aims to raise substantial funds to save Venice and to create a lasting legacy of the city.

For centuries, Venice has inspired intellectuals, writers, and artists with its ravishing beauty, riches and strangeness. For the Real Venice project, the artists were challenged to create a series of meaningful and original photographic images of Venice, perhaps the most photographed, but seriously threatened city in the world. The resulting images show Venice in all its beauty, but also in all its paradoxes and contrasts. As well as addressing the everyday life of the city’s inhabitants, its classic monuments and modern architecture, the photographs capture the ravages wrought by mass tourism and the rise of the lagoon water level.

The works are currently on show in the exhibition, Real Venice, in the Abbey of San Giorgio Maggiore as a special initiative of this year’s Venice Biennale. The exhibition is curated by Elena Foster. A catalogue has been published by Ivorypress to accompany the exhibition.

After the exhibition closes on 30 September, selected works will travel to London, where they will be exhibited at Phillips de Pury Howick Place and then auctioned in the Phillips de Pury Photographs Sale on 3 November. Additional works from the collection are currently available to purchase online at www.realvenice.org. All profits will go to Venice in Peril.

From January 2012 selected works from the Real Venice exhibition are set to tour to some of the world’s leading art institutions. The tour is being organised by the International Enterprises department of the Barbican Centre in London.

“The is the kind of creative international collaboration that Venice needs, not only to raise funds, but to get people thinking about why it should be saved.” Lord Rothschild

"Venice needs contemporary art to help us see it with fresh eyes so that new, creative energy will be applied to its salvation.” Anna Somers Cocks, Chairman of Venice in Peril

The advisory board for the project includes  Anna Somers Cocks, Chairman of Venice in Peril and Founder Editor of The Art Newspaper, Elena Foster, founder, Chairman and CEO of Ivorypress, who mounted a major photographic exhibition at the 2006 Architecture Biennale, and David
Landau, collector, businessman and scholar.

The Venice in Peril Fund was created after the great flood in 1966, when the city’s waters rose to nearly two metres above mean water level. Since then it has distributed millions of pounds for the restoration of Venetian monuments, buildings and works of art. The Fund is committed to ensuring the sustainability of Venice, acting as a lobby group, informing the international media and working with outside bodies such as the University of Cambridge to broker agreement on how to deal with some of the critical ecological, demographic and socio-economic issues facing the city.