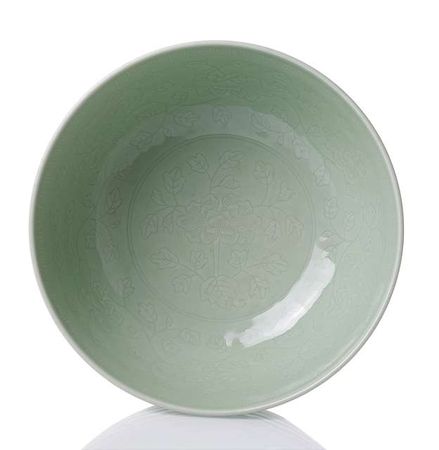 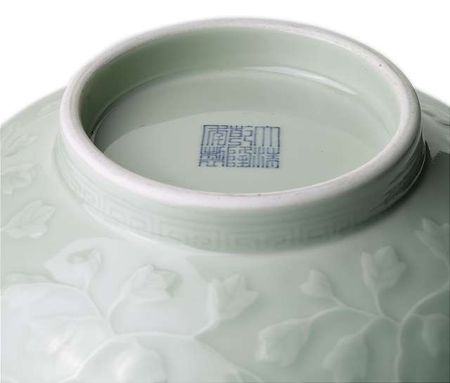 With deep, rounded sides, the interior incised with a central peony spray below a band of peony meander in the well and a key-fret border at the rim, the exterior relief-decorated with similar meander below a narrow foliate scroll border, all but the rim covered in a slightly blue-green glaze including the base

A similar bowl was sold Christie's Hongkong, 31 October 1994, lot 631 and a Yongzheng example, decorated with a lotus pond scene, is illustrated by A. du Boulay, Christie's Pictorial History of Chinese Ceramics, London, 1984, p. 219