Painted on one side with three mythical figures, one accompanied by a deer, one wearing a leaf jacket and holding a spray of bamboo, and one in an elegant robe holding a basket of flowers, gathered together on a moonlit rocky terrace, wood stand. 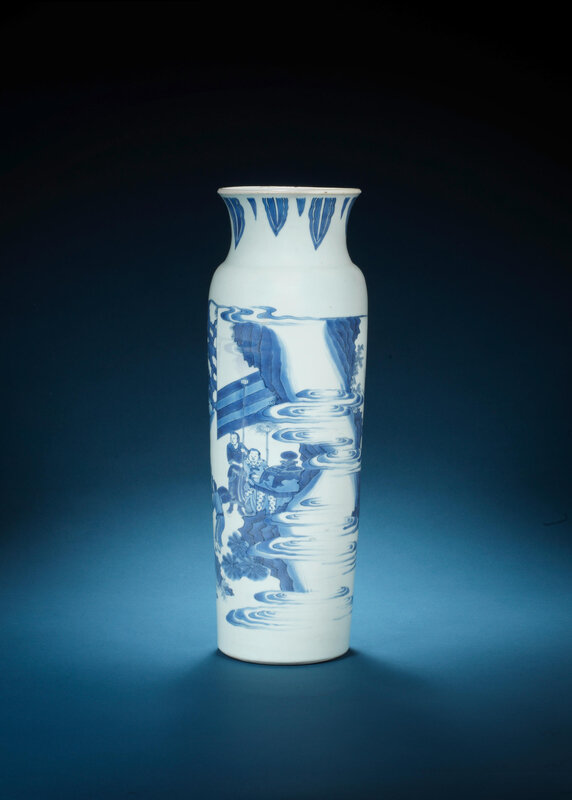 Attractively painted in greyish-blue of vibrant tones with a design starting from the right and moving around the vase to the left, four attendants and a canopy-bearer accompanying a distinguished figure presenting a scroll to a herdsman beside two large buffaloes on a leafy terrace, wood stand. The slender cylindrical body brightly painted with a scene of scholars and attendants in a garden divided by rocks and cloud scrolls beneath a band of flowers and rocks at the flaring brown-dressed rim.