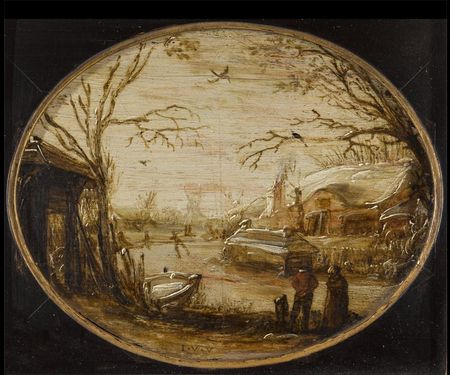 Professor Curt Glaser was the head of the Berlin State Art Library when he was forced from his position in 1933 by a Nazi law forbidding Jews from holding German civil servant positions. In addition, he was also forced out of his state owned apartment in the Prinz Albrecht Strasse in Berlin. After his removal from his apartment the Gestapo established their notorious headquarters in the building where he had lived.

Following the loss of his job and his apartment, Glaser was also unable to write for German publications about the German art scene and decided he had no other choice than to leave Germany. As an advocate for modern art he was a target for the Nazis who regarded art as an important part of their politics.

As a consequence thereof, Glaser sold most of his art collection in May 1933 auctions in Berlin. After WWII, since it was not known what had become of these artworks, his heirs claimed the loss of his collection in German damages proceedings, which found the collection was lost due to Nazi persecution and awarded a small damage compensation for its loss.

In 1998, as a result of the Washington Conference on Nazi looted assets, the Netherlands established a commission to review the possibility of Nazi looted art in its museums. As a result of this search, the Glaser heirs were contacted by the Rijksmuseum about the Van de Velde painting which was part of the Rijksmuseum’s collection. The artwork was subsequently restituted to the Glaser heirs following the Dutch Restitutions Committee’s recommendation finding that Prof. Glaser was a Nazi victim and that the painting was sold due to Nazi persecution.

The painting has now been sold back to the Rijksmuseum and both the Glaser heirs and the Rijksmuseum wish to thank each other for the responsible manner in which this case has been handled.