SAN FRANCISCO, CA.- The Cult of Beauty: The Victorian Avant-Garde, 1860–1900, on view at the Legion of Honor, is the first major exhibition to explore the unconventional creativity of the British Aesthetic Movement, tracing its evolution from a small circle of progressive artists and poets, through the achievements of innovative painters and architects, to its broad impact on fashion and the middle-class home. Over 180 superb artworks on view express the manifold ways that avant-garde attitudes permeated Victorian material culture: the traditional high art of painting, fashionable trends in architecture and interior decoration, handmade and manufactured furnishings for the “artistic” home, art photography and new modes of dress. The exhibition was previously on view at the Victoria and Albert Museum in London and the Musée d’Orsay in Paris. The Legion of Honor is the exclusive U.S. venue.

British Aestheticism radically redefined the relationships between the artist and society, between the “fine arts” and design, and between art and both ethics and criticism. The iconoclastic belief in that art’s sole purpose is to be beautiful on its own formal terms stood in direct opposition to Victorian society’s commitment to art’s role as moral educator. Aestheticism is now recognized as the wellspring for both the Arts and Crafts and Art Nouveau movements. The Cult of Beauty showcases the entirety of the Aesthetic Movement’s output, celebrating the startling beauty and variety of creations by such artists and designers as Dante Gabriel Rossetti, James McNeill Whistler, Edward Burne-Jones, E. W. Godwin, William Morris and Christopher Dresser. Originating curator Dr. Lynn Federle Orr explains in her catalogue essay, “Like a fine Victorian novel, the story of the Aesthetic Movement is one centered around serious social debates—shifting class structures, the confrontation between science and religion, art’s place in society, the impact of new market forces and a unique emphasis on the middle-class home.”

Exhibition highlights
In his essay “The Search for a New Beauty” in The Cult of Beauty catalogue, Stephen Calloway writes:

One clear and revolutionary aim emerged from the confusion of styles and cacophony of conflicting theories that beset the worlds of art and poetry, architecture and design in the middle decades of the 19th century in Britain: the desire to escape the ugliness and increasingly vulgar materialism of the age and create a new ideal of Beauty.

The first sections of the exhibition explore this search for a new beauty both in the design creations and paintings of Dante Gabriel Rossetti, William Morris and their circle. The necessity of decorating their own homes, led these bohemian characters to create furnishings of elegant and forthright form—furniture, wallpaper, textiles and decorative objects of every type—utilizing traditional methods of construction and incorporating stylized motifs into their surface ornamentation. William Morris’s Fruit (or Pomegranate) wallpaper (1866) combines plant forms observed both first hand and those more stylized representations found in woodcuts, illuminated manuscripts and tapestries. Exhibition visitors will delight to Morris wallpapers and then wonder why exquisitely beautiful aesthetic paintings, such as Frederic Leighton’s sensual Pavonia (1858–1859) and the Pre-Raphaelite William Holman Hunt’s, Il Dolce Far Niente, (1866), shocked the conventional Victorian public. The Cult of Beauty continues to unfold in sections exploring significant aspects of the Victorian Avant-Garde aesthetic and its movement from the artist’s studio to middle-class drawing rooms.

An early highpoint underscores the Victorian avant-garde belief that art exists only to be beautiful, as suggested by their rallying cry “Art for Art’s Sake.” Featured is James McNeill Whistler’s 1862 Symphony in White No. 1: The White Girl (notorious for its inclusion in Paris’s famed Salon des Refusés of 1863), showing his paramour and muse Jo Hiffernan. Architect and designer Edward William Godwin’s signature ebonized sideboard (1865–1875) reveals the deceptively “modern” result he achieved by mining historic sources. Showcased is the virtuoso collaboration between Godwin and Whistler: a glorious piece of furniture titled Harmony in Yellow and Gold: The Butterfly Cabinet (1877–1878). Inspiration from various disparate cultural and historic traditions is epitomized by William Eden Nesfield’s Anglo-Japanese screen (1867).

The importance of the 1877 opening of the Grosvenor Gallery (London’s progressive gallery space) for the public reception of Aestheticism is the underlying narrative in a gallery devoted to Grosvenor exhibits. Edward Burne-Jones’s monumental ode to Laus Veneris (1873–1878) sings with rich orange and red tones corresponding to Algernon Charles Swinburne’s heady and sensual poem of the same name. And John Roddam Spencer Stanhope’s ambitious Love and the Maiden (1877), which reintroduced the tempera medium to modern audiences, references mythology, classical art and the paintings of Botticelli.

“Aesthetic Houses for Beautiful People, 1870s–1880s” speaks to the “artistic” lifestyle and domestic environment crafted by followers of the Cult of Beauty. Architectural and interior designs for the Aesthetes’ cultivated patrons show visitors the sophisticated color schemes that created the House Beautiful. As the wider public adopted an aesthetic veneer, commercial enterprises, such as Liberty’s of London, manufactured furnishing goods of all types to attract customers at every price point, from an extensive redecorating to a single peacock feather for the mantelpiece. Morris & Co. continued to market signature wallpapers, fabrics and other decorator items, including the Flora and Pomona (1883–1885) tapestries designed and executed by the team of Edward Burne-Jones and John Henry Dearle.

Upstairs in Gallery 1 of the Legion, presented separately, are several Aesthetic costumes that parallel the then contemporary calls of the Dress Reform Movement to liberate the Victorian woman from her corset. The dresses are set against handsome portraits of the men and women of the artistic set that adopted Aesthetic dress. James Jacques Joseph Tissot’s Frederick Gustavus Burnaby (1870) depicts one of the beautiful people in his striking military uniform lounging in a well-appointed household. One can imagine Christopher Dresser’s tea service (1880) of silver plate with ebony handles just out of view.

Idiosyncratic architect and designer of eccentric home furnishings Thomas Jeckyll is featured in several sections of the exhibition. His Four Seasons Gates (c. 1867) demonstrates the remarkable combination of naturalistic scrollwork in wrought iron with motifs derived from Japanese prints. This monumental piece (shown at the Paris International Exposition of 1867) introduces the final section of The Cult of Beauty.

“Late-Flowering Beauty: 1880s–1890s” delights the visitor with sumptuous paintings and emotive sculpture. A longstanding contributor to the Cult of Beauty, Dante Gabriel Rossetti helped foster a close relationship between Aesthetic painting and literature by composing poems to accompany his paintings. A sonnet on temporality featuring a sycamore tree accompanies one of his final works, The Day Dream (1880). Fine examples of book design underscore the fascination of innovative artists with the Book Beautiful, including Edward Burne-Jones and William Morris’s The Story of Sigurd the Volsung and the Fall of the Niblungs (Hammersmith: Kelmscott Press, 1898), and the cover designs of Le Morte Darthur by Sir Thomas Malory (1893–1894) and Salome by Oscar Wilde (1920). The installation culminates with Frederic Leighton’s life-sized bronze The Sluggard (1882­–1885) that represents The New Sculpture by communicating abstract emotions. And superbly, Albert Moore’s masterpiece Midsummer (1887) beautifully anticipates the Symbolists’ fascination with sleep and dreams. 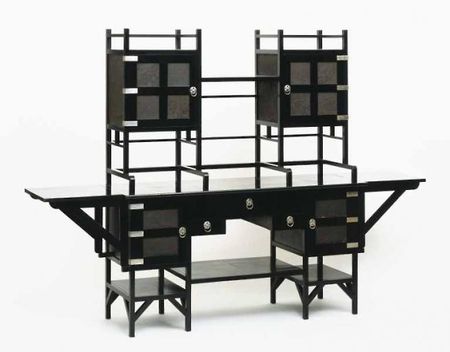 Cover of Salome by Oscar Wilde, 1920, book with reproductions of sixteen drawings. FAMSF 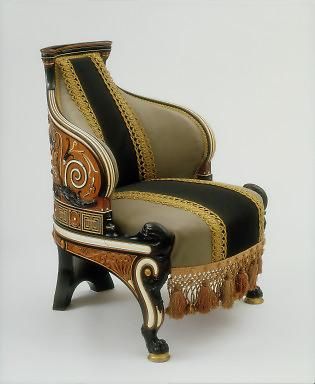 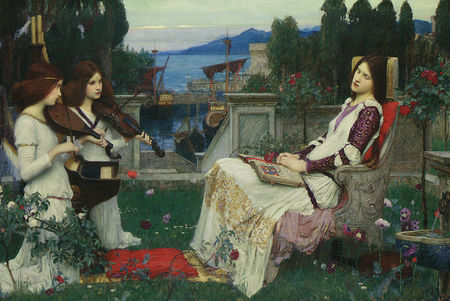