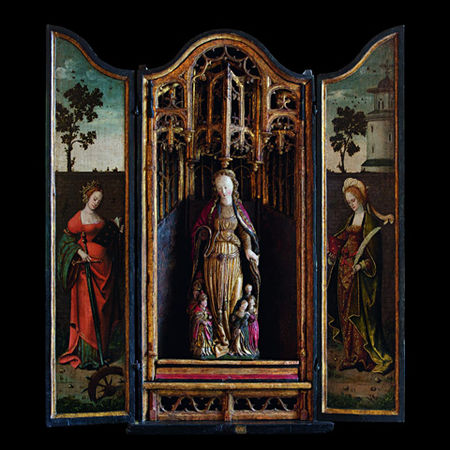 Depictions of religious females in early 16th- century sculpture is generally restricted to the Madonna, so this carving of Saint Ursula flanked by St. Catherine and St. Barbara is exceedingly rare. What also distinguishes the exceptional Late Gothic triptych altarpiece from the Low Lands is its fine painting and carving along with its original polychrome surface on walnut. It costs just under $100,000. St. Ursula should appeal to feminists as that 4th-century saint took 11,000 virgins on a pilgrimage to Rome. Mid-trip, the barbaric Huns massacred them.