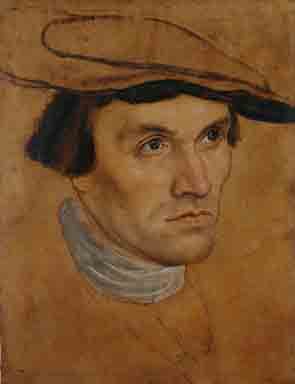 LOS ANGELES, CA.- Renaissance Drawings from Germany and Switzerland, 1470–1600, an exhibition that explores vibrant masterpieces of the German Renaissance, will be on view at the J. Paul Getty Museum, Getty Center, from March 27 to June 17, 2012. The 43 objects have been selected from the Getty Museum’s celebrated permanent collection of drawings, and they illuminate an age that elevated draftsmanship to new heights of achievement.

The Renaissance in German-speaking lands, which included present-day Germany, Switzerland and parts of France, was one of the greatest periods in the history of northern European drawing. The exhibition includes masterpieces by masters such as Albrecht Dürer, Hans Holbein the Younger, Martin Schongauer and Lucas Cranach the Elder.

The Virtuosity of Line

In the 1500s, Swiss and German draftsmen began to explore the aesthetic beauty of line for its own sake, developing individualistic and expressive linear vocabularies that included swells, tapers, and flourishes. The “cult of line” stressed technical virtuosity, dynamism, and precision. A master of this period was Urs Graf, a Swiss graphic artist specializing in scenes of violence and eroticism. In Dancing Peasant Couple, he depicts a man and woman engaged in a lewd and raucous dance. The razor sharpness of his black ink lines is echoed in his insignia of a Swiss dagger, deftly sketched at the bottom of the sheet.

“What is impressive is the almost athletic way these artists used the pen to make flourishes and sprawling lines,” says Lee Hendrix, senior curator of drawings at the J. Paul Getty Museum. “They were masters of the quill pen, and drew the human form with great animation and contagious energy.”

The exhibition includes two works by Albrecht Dürer, the most famous German artist of the era. As a young artist, Dürer traveled to Italy on a quest to absorb the art of the Italian Renaissance. Accordingly, he was the first German artist to master human anatomy and the depiction of the nude figure. In The Good Thief, he applies these lessons to render convincingly both the weight of the thief’s body on the cross and the musculature of his nude body through rhythmic clusters of cross hatched lines.

The exhibition features drawings by many artists whose work is rarely seen outside of Europe, and includes favorite subject matter of the period such as peasant life, mercenary soldiers, and courtly figures of love and pageantry. One of the most significant pieces in the exhibition is the drawing of a rotund scholar or cleric by Hans Holbein the Younger—the only such portrait drawing by Holbein in the United States.

“Holbein’s drawings of the members of the court of King Henry VIII are primarily held in the collection of Queen Elizabeth II, and have been in the Royal Collection for centuries,” adds Hendrix. “Much of our visual more understanding of this period in British history and of the Tudor court is filtered through Holbein’s eyes, and this portrait depicts an individual with such realism and weight that he steps out of the centuries and into our presence.”

Drawing Flourishes in All Media

Artists of the period, however famous, did not limit themselves to drawing for paintings or prints, but also made designs for applied art. Although sometimes an end in itself, drawing was also the basis for elaborate and beautiful metalwork, jewels, sculpture, and stained glass. This required fine detailing that gave precise instruction to the craftsmen who translated the drawing into another medium. Even Dürer was no exception, as his Signet-Ring Design offers the patron two options for a coat-of-arms: a demi-fleur-de-lis on the left and demi-rose on the right.