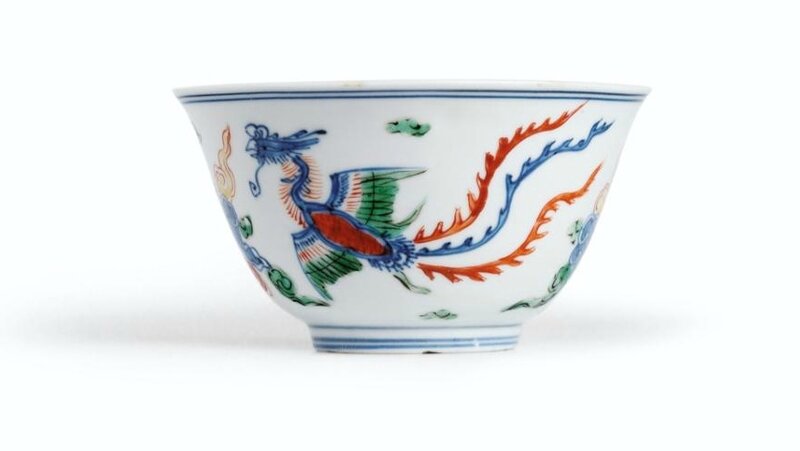 the steep rounded sides supported on a low foot brightly painted with a four-clawed dragon striding through colourful clouds, and a phoenix with a long serrated tail, separated by star-shaped clouds, the interior with a similar polychrome star motif in the centre, the base inscribed with a six-character reign mark in underglaze blue within a double circle.

NOTE: The dragon-and-phoenix design in the wucai palette was perhaps the most popular pattern of the Wanli period (AD 1573-1620) and the present bowl would seem to be a classic late Ming artefact, but the style was still rare in the Jiajing reign (AD 1522-66). Comparable examples are hard to find and this bowl may be unique. The bowl is remarkable for its delicate painting manner, rarely found among wucai examples, where a much bolder handling of the
brush is more characteristic; compare, for example, the dragon-and-phoenix design on the Wanli brush tray in this collection, lot 33.