"The Queen: Art and Image" at the National Portrait Gallery, London

"The Queen: Art and Image" at the National Portrait Gallery, London 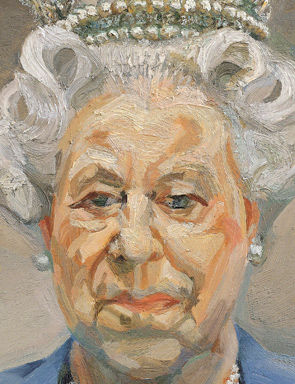 LONDON.-The National Portrait Gallery’s touring exhibition of some of the most remarkable and resonant images of The Queen across 60 years of her reign – opens in London today ahead of her Diamond Jubilee weekend celebrations.

From Beaton and Leibovitz to Annigoni and Warhol, The Queen: Art and Image is the most wide-ranging exhibition of images in different media devoted to a single royal sitter. Formal painted portraits, official photographs, media pictures, and powerful responses by contemporary artists are shown in an exhibition that has both traditional representations with unconventional works that extend the visual language of royal portraiture.

Documenting the changing nature of representations of the Monarch, the exhibition shows how images serve as a lens through which the shifting perceptions of royalty can be viewed. This perspective reflects radical artistic changes. It also demonstrates fundamental shifts in the social scene and historical context, and the exhibition highlights important developments and events: from The Queen’s ambiguous relationship with the press, to the death of Diana, Princess of Wales, and the advent of new technology. This multi-textured view of the period is emphasised by the inclusion, alongside fine art, of material drawn from newspapers, film footage, postage stamps and satirical images.

Among the highlights of the works from life are both Annigoni’s celebrated commissions, his iconic 1954-5 portrait and also his very different but no less magisterial 1969 commission for the National Portrait Gallery, Lucian Freud’s 2000-1 portrait from the Royal Collection and Thomas Struth’s compelling recent large-scale photograph depicting The Queen and The Duke of Edinburgh. Among other exhibited photographers for whom The Queen sat are Annie Leibovitz, Dorothy Wilding, Cecil Beaton (whose iconic Westminster Abbey Coronation image will be on display) and Chris Levine, whose highly unusual photograph from 2004 of The Queen with her eyes closed will be included.

Alongside these commissions, The Queen: Art and Image shows a rich selection of unofficial portraits of the British monarch from major twentieth-century artists including those of Gilbert and George, Andy Warhol and Gerhard Richter, as well as arresting, spontaneous portraits by such photographers as Eve Arnold, Patrick Lichfield and Lord Snowdon.

Collectively, the exhibition celebrates and explores the startling range of artistic creativity and media-derived imagery that The Queen has inspired. It also probes the relation of this imagery to a world of changing values during a reign that has engaged the attention of millions.

The Queen: Art and Image, organised by the National Portrait Gallery, comes to London following a highly successful tour to Edinburgh, Belfast and Cardiff.

Sandy Nairne, Director of the National Portrait Gallery, London, says: ‘The Queen is the most portrayed person in British history, reflecting her long reign and also the respect and affection that is felt towards her. The National Portrait Gallery is very pleased to have shared this exhibition with our other national partners in Edinburgh, Belfast and Cardiff and delighted that it now comes to London ahead of The Queen’s Diamond Jubilee weekend celebrations.’

John Griffith-Jones, Senior Partner and Chairman of KPMG in the UK, says: ‘KPMG is pleased to support what will be a fascinating visual chronology of The Queen’s reign. With such a wide range of imagery and artistic styles, I am sure the exhibition will be of huge interest to many people, and will form a significant part of the Diamond Jubilee celebrations.’

The exhibition is curated by Paul Moorhouse, the National Portrait Gallery’s Curator of Twentieth-Century Portraits. At the National Portrait Gallery he has curated the major retrospectives: Gerhard Richter Portraits and Pop Art Portraits. As part of the Gallery’s on-going Interventions series of displays focusing on unconventional approaches to portraiture he has curated Bridget Riley: From Life, Tony Bevan: Self Portraits, John Gibbons: Portraits, Frank Auerbach: Four Portraits of Catherine Lampert, Andy Warhol: 10 Portraits of Jews of the 20th Century and Anthony Caro: Portraits. Commentaires sur "The Queen: Art and Image" at the National Portrait Gallery, London