"Catherine the Great: an Enlightened Empress" @ National Museum of Scotland

"Catherine the Great: an Enlightened Empress" @ National Museum of Scotland Portrait of Catherine II on her horse Brilliant, by Vigilius Eriksen, after 1762. Images © The State Hermitage Museum, St Petersburg.

EDINBURGH.- It is 250 years since the coup d’état which placed Catherine the Great on the throne of Russia. This summer, a major exhibition showing only at the National Museum of Scotland tells her remarkable story. In the greatest collection of Russian treasures ever seen in the UK, the exhibition presents spectacular objects from her collection.

Catherine the Great: An Enlightened Empress traces her story, from her upbringing as a German princess to usurping her own husband and taking control of the vast Russian empire. She expanded those borders still further while pursuing social reform and amassing one of the world’s greatest art collections.

The exhibition begins with her early years as Sophie, a minor German princess, her ill-starred marriage to Peter and the coup d’état which saw her become Empress Catherine II of Russia.

A spectacular portrait of her Coronation, which has not been seen since the Russian Revolution, shows how she used art as a projection of power and wealth from the beginning of her reign.

By the time of Catherine’s death in 1796, Russia had become a true world power, with expanded borders, reformed church and state, hugely developed military and industrial capability and a glittering court that was the envy of Europe. Arguably her greatest and most lasting legacy was her collection, which provided the foundation for what is now the State Hermitage Museum in St Petersburg.

Among the examples on show will be a sketch by Rubens for the Apotheosis of James I (which is in the Banqueting Hall at Whitehall), along with 17th-century French paintings by Claude Lorrain, Sebastian Bourdon (whose Crucifixion hangs in Notre Dame) and Eustache Le Sueur, one of the founders of the French Academy, as well as sculpture, jewellery, porcelain and glassware from both Russia and Europe.

Supported by Baillie Gifford Investment Managers, this unique exhibition shows over 600 priceless artefacts in total from the collections of the State Hermitage, along with insights from Catherine’s own memoirs and diaries and from contemporaries who visited her Court.

Dr Gordon Rintoul, Director of National Museums Scotland, said, “We are proud to have the opportunity to present Catherine the Great: An Enlightened Empress, celebrating a remarkable woman and a remarkable collection. The objects are a visual feast and present a compelling story of the life, achievements, legacy and personality of Catherine the Great. This wonderful exhibition will only be seen at the National Museum of Scotland and we are delighted to continue our successful relationship with the State Hermitage Museum.”

The exhibition also reveals a playful side to the formidable Empress, with her card table, gaming counters and house rules requiring visitors to her Hermitage to ‘leave their titles at the door’. In addition to being a great fan of theatre, opera and gambling, Catherine was also devoted to hunting, and her own weapons will be shown alongside the guns she had made for her grandchildren.

There were, famously, a number of significant men in Catherine’s life, and the exhibition explores some key relationships, including the Orlovs, who helped her secure the throne, and Potemkin, who led the expansion of the Russian empire to the south. His amazing successes in the Turkish Wars saw Catherine surpass the achievements of even Peter the Great, and can be seen commemorated in paintings, sculptures, porcelain, medals and trophies.

As well as artworks, Catherine commissioned, enlarged and redecorated several palaces, and plans, drawings and watercolours of these will be displayed, along with the story of architect Charles Cameron, the most prominent of a range of Scots engaged by Catherine. Her physician, Dr John Rogerson, was also a Scot, as was Samuel Greig, who became a celebrated Admiral in the Turkish Wars. Princess Dashkova, a confidant of Catherine who was present at the coup, lived in Edinburgh for several years while her son attended university.

It is the third exhibition that the National Museum of Scotland has presented in partnership with the State Hermitage, following on from the success 2005’s Nicholas and Alexandra, the Last Tsar and Tsarina, and Beyond the Palace Walls (2006), an exhibition of Islamic Art.

Dr Mikhail Piotrovsky, Director of the State Hermitage Museum said, “It is with great pleasure that we bring treasures from the Russian State Hermitage Museum to the beautifully redeveloped National Museum of Scotland. The story of Catherine the Great is a very important part of the history of Russia and, of course, the very foundation of our Museum and collections. We look forward to seeing it presented to a British audience in this unique exhibition.”

Catherine the Great: an Enlightened Empress is at the National Museum of Scotland in Edinburgh from Friday 13 July to Sunday 21 October. Snuff box with a map of the Crimea. Images © The State Hermitage Museum, St Petersburg. 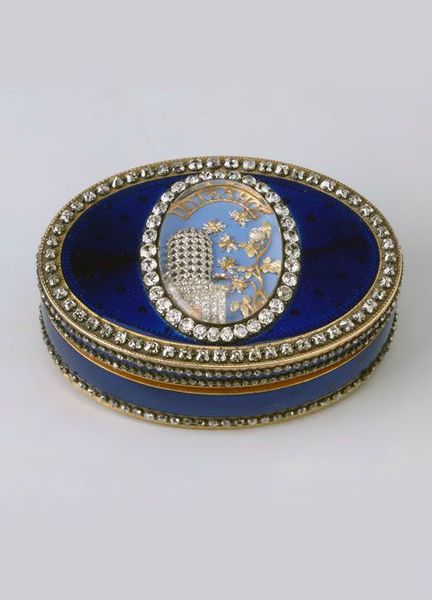 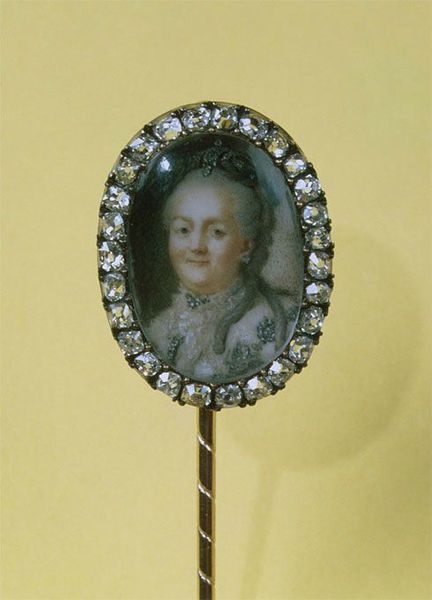 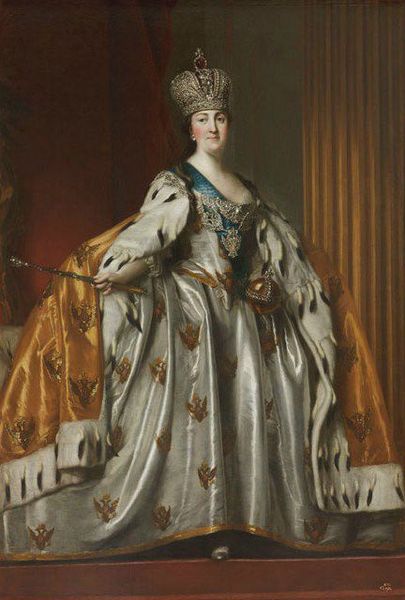