SINGAPORE.- The Asian Civilisations Museum presents an exhibition of works of art from the Aga Khan Museum. Featuring masterpieces of Islamic art and architecture spanning many centuries and from regions around the world, Treasures of the Aga Khan Museum: Architecture in Islamic Arts are on display at the ACM from 19 July to 28 October 2012. Architecture, with tiled and gilt domes, shaded courtyards, and inscribed gates, became a natural expression of Islam. The exhibition reveals how Muslim artists perceived the Islamic built environment.

Over 100 objects, ranging from manuscript illumination, paintings, and architectural elements to hajj certificates and tiles decorated with passages from the Qur‟an, illustrate ideas of space and decoration in both religious and secular environments. The exhibition offers insights into some of the great Islamic dynasties: the al-Andalus of the Iberian Peninsula; Ilkhanid, Timurid, and Safavid Iran; Ottoman Turkey; and Mughal India.

“Islamic architecture is one of the most visible aspects of Islamic culture,” says Dr Alan Chong, director of the Asian Civilisations Museum. “This exhibition approaches architecture from several points of view. Intricately painted illuminations capture the world in miniature, and invite the viewer into splendid palaces and intimate gardens. At the same time, visitors can inspect carved wooden beams and brilliantly coloured glazed tiles that once decorated mosques and other buildings. We hope that visitors will gain new insights into the history and creativity of the Islamic world.”

Singapore is the last stop for the collection, which was displayed earlier at the State Hermitage Museum in St. Petersburg, Russia, and at the Islamic Arts Museum Malaysia in Kuala Lumpur, before they enter the new Aga Khan Museum, opening in Toronto in 2014. The curator and designer at the Asian Civilisations Museum have reinterpreted and redesigned the exhibition.

Visitors will encounter five sections in the exhibition. The journey begins with The fortress and the city, a section featuring architectural elements, including corbels, capitals, beams, and arches, as well as painted depictions of fortified cities and towns. Sacred topographies explores images of Mecca and Medina, the holiest sites of Islam, and pilgrimage mementos. Religious and funerary buildings includes mosque furnishings, manuscript illumination showing mosques and shrines, and colourful tiles decorated with calligraphic inscriptions. In The palace, visitors will get a glimpse of life in the great Muslim courts. Gardens, pavilions, and tents extends the life of the palace out into nature, the setting for poetry and love, as well as battles and conquest.

Throughout the exhibition, visitors will see the beauty and intricacy of manuscript illumination, the lustre on colourful ceramic tiles, and the pure invention of delightful design and pleasing colour combinations. Artists painted scenes from favourite stories and legends again and again, passing on to later generations the universal values and beliefs that still resonate in our own lives today.

Folios from illustrated manuscripts of classics of the Islamic world are among the highlights of the exhibition. The Shahnama (Book of Kings), the Khamsa (Quintet) of Nizami, and the Kulliyat (collected works) of Sa„di provided artists with opportunities to create delightfully inventive depictions of the many familiar stories contained within these volumes.

“Architecture can define a state. For millennia, rulers have used vast financial resources to glorify the name of God, to defend their realms, or simply to display their power and vanity. This exhibition pays tribute to Muslim rulers and their creations, as well as to the architects and artists who created the distinctive styles of Islamic art and architecture,” says Dr Pedro Moura Carvalho, chief curator at the ACM and curator of the exhibition. 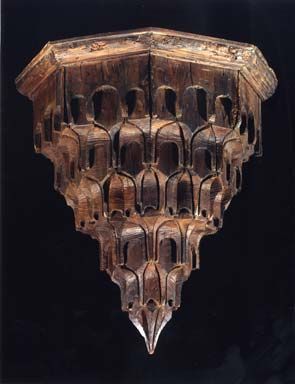