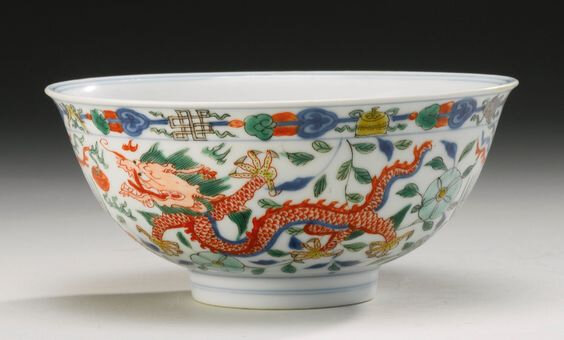 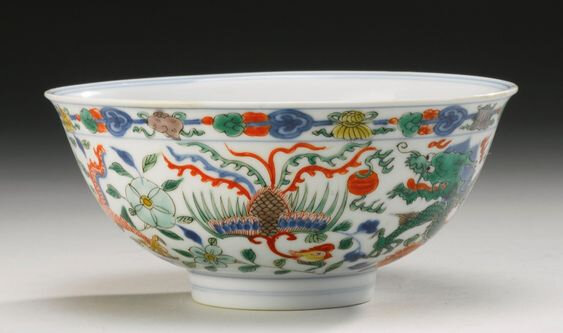 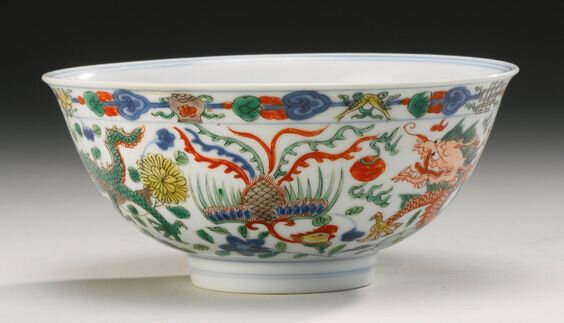 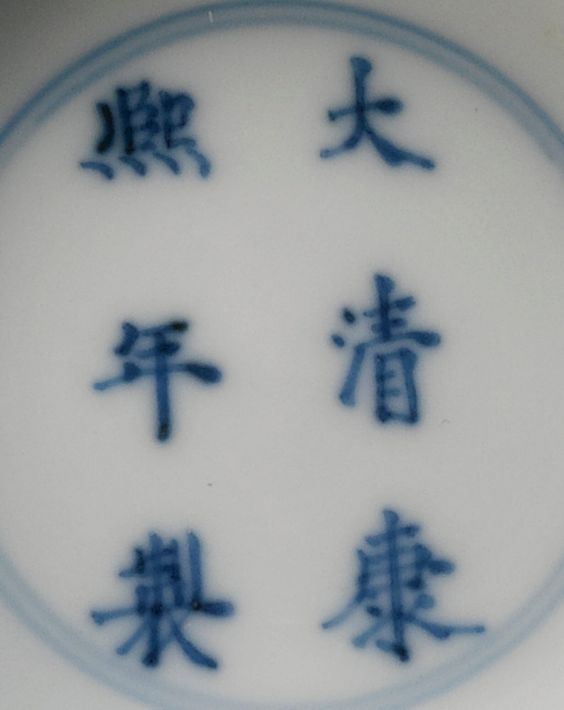 finely potted with steeply rounded sides rising to an everted rim, the exterior well-enameled with two lively dragons chasing 'flaming pearls' divided by two descending phoenix over a ground of floral sprays, all below a narrow band of 'Buddhist Emblems' interspersed with ruyi-heads, the interior with an iron-red dragon amid flames in pursuit of a 'flaming pearl', six-character mark in underglaze blue within a double circle.

Note: The present bowl with its auspicious representation of a dragon and phoenix conveys a wish for a happy marriage.

This particular composition, first produced during the Kangxi period, was so successful that several later reigns of the Qing dynasty produced their own versions of this elegant composition with its brilliant, distinctive palette. Wucai 'dragon and phoenix' bowls of Kangxi mark and period, of three different sizes, were included in the exhibition Qing Imperial Porcelain of the Kangxi, Yongzheng and Qianlong Reigns, The Chinese University of Hong Kong, 1995, cat. no. 26 from the Nanjing Museum, which houses a large part of the former imperial collection. Two further similar examples are illustrated in Kangxi Porcelain Wares from the Shanghai Museum Collection, Hong Kong, 1998, pl. 153