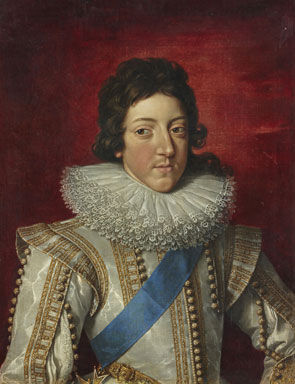 PARIS.- Led by the dealer Maurizio Canesso and Hervé Aaron, Paris Tableau will welcome twenty one international galleries specializing in Old Master paintings. The Fair has come into being in response to the perceived need for a single discipline Old Master paintings fair, allowing collectors to see a breadth of work in a rarified and specialist environment. Last year, sixty major paintings were sold in just five days.

Amongst the discoveries at the fair is 'The Vision of St Anthony of Padua', by Bartolomé Esteban Murillo, which will be presented by Galeria Caylus from Madrid. Offered at auction in 2010 as ‘Studio of Murillo’, the painting has since been identified by experts as by the artist himself. The beautiful oil sketch was painted as a preparatory study of the artist ́s final work, formerly in the Kaiser Friedrich Museum, Berlin, which was destroyed in 1945. Both the present and final works have been dated by scholars towards the end of the great Sevillian master ́s career, circa 1670-1680. An impressive provenance was also discovered which includes Marechal Nicolas Jean-de-Dieu Soult, the First Duke of Dalmatia, as part of his wax seal is still adhered to the stretcher. Known as the Hand of Iron, Soult was a French general and statesman, who served under Napoleon Bonaparte and was famed for outmaneuvering Wellington in the Battle of Toulouse in 1814. He was one of only six officers in French history to receive the distinction of Marshal General of France and served as Prime Minister three times.

The Weiss Gallery, from London will be presenting a portrait of Louis XIII of France by Frans Pourbus the Younger (1569-1622) the second time that the gallery has discovered a portrait of Louis XIII by the artist. This magnificent, recently rediscovered depiction of the monarch as an adolescent is the last known portrait of the French king by his official court portraitist, Frans Pourbus the Younger. Acquired from a private collection, the painting once formed part of the great collections of the Dukes of Infantado in Spain for many generations. Pourbus portrayed Louis XIII at various times during his employ at the French royal court, the present portrait appears to be unique in design, with no other known versions of the King at this age. The Musée du Louvre dates the painting to circa 1620, when Louis XIII was nineteen years old.

This fortuitous discovery follows on from an earlier find by Mark Weiss of another portrait by Pourbus of Louis XIII as a younger boy in 2002, which was sold to the Cleveland Art Museum.

Also from London, Stair Sainty Gallery will be bringing a Marco Ricci (1676 – 1730) landscape which is one of the earliest views of architect Christopher Wren’s work in Greenwich. Showing the dome of King Charles Court, Greenwich Hospital – the building that is now the Royal Naval College, the painting shows the structure dominating the horizon, as it would have in 1708, the year Marco Ricci arrived in London.

Born to a family of artists, Marco Ricci (1676-1730) was forced to flee to Dalmatia after murdering a gondolier. He spent four years apprenticed to a landscape painter before learning his trade in Milan and the Netherlands. He arrived in London just years after the architect Christopher Wren had completed one of his two domes at Greenwich, which have recently played such an important part in our collective view of the Olympics.