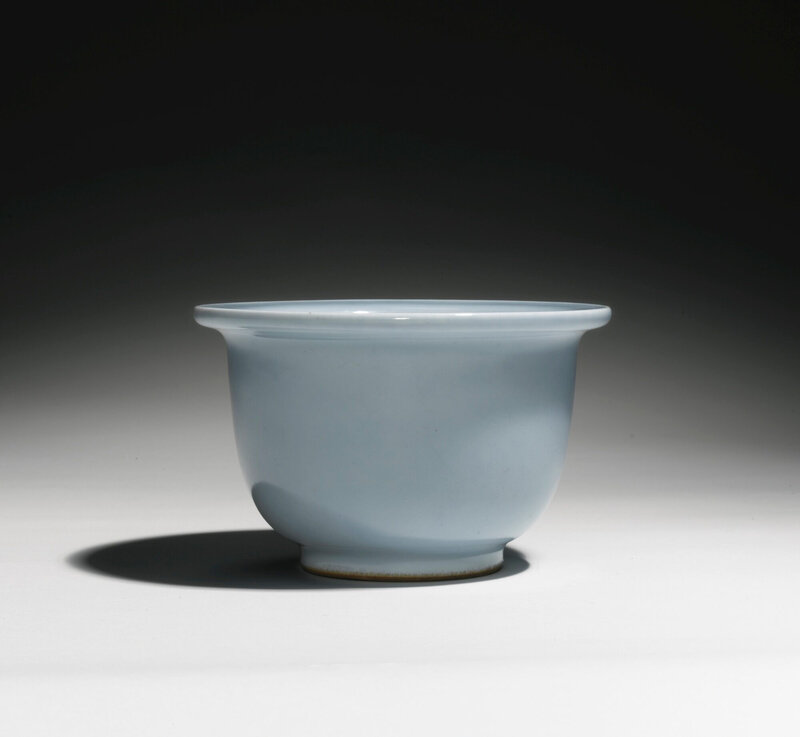 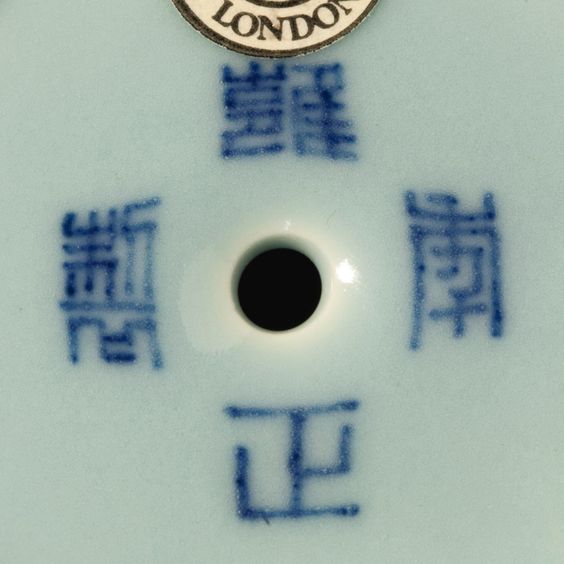 the deep rounded sides rising from a short foot to an everted rim, covered overall with an even sky-blue glaze, the base with a four-character Yongzheng seal mark around the central aperture.

Note: The present jardinière is exquisite for its elegant small form and beautiful clair-de-lune glaze. Jardinières of this shape bearing a four-character Yongzheng reign mark are extremely rare although a vessel of similar form and size, covered in a Jun-type glaze and bearing an incised four-character Yongzheng mark on the base, was included in the Min Chiu Society exhibition Monochrome Ceramics of Ming and Ch’ing Dynasties, Hong Kong Museum  of Art, Hong Kong, 1977, cat. no. 27. Another slightly larger Yongzheng jardinière of this type but in lazurite blue-glaze and bearing a six-character reign mark on the base, from the Qing Court collection and still in Beijing, is illustrated The Complete Collection of Treasures of the Palace Museum. Monochrome Porcelain, Hong Kong, 1999, pl. 197. Compare also a pair of slightly larger turquoise-glazed jardinières of deep flared form with lipped everted rims, attributed to Yongzheng’s reign, sold in our Hong Kong rooms, 16thMay 1977, lot 148.